Yesterday it was announced that The Gentlebros' Cat Quest II: The Lupus Empire will see two enemies uniting together as both cats and dogs play a pivotal role. 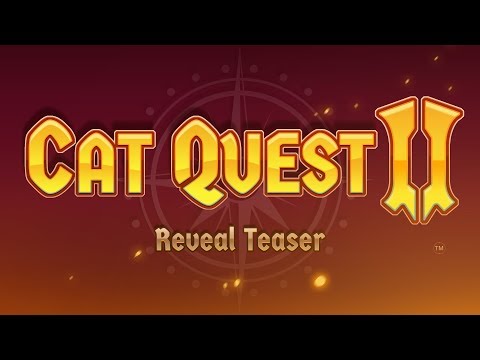 As the threat of war between the cats of Felingard and the Lupus Empire looms ever closer it's up to the two most unlikely allies to join together to restore peace to the world. Cat Quest II brings a brand new story with it, along with new weapons, more spells, new passive abilities, and more.

The new alliance will be most appreciated in the game's Switch version, where you'll be getting new co-operative gameplay. Whether you play alone or with a pal, you can pick up your Joy-Con as a dog or cat and dig into it.

According to the press release, Cat Quest II will be expanding and improving on everything the first had to offer. In its review we gave it a Silver Award, saying it was: "A brilliant and warm-hearted RPG that deserves to be played by as many people as possible."