Heading to mobile and other digital platforms later this year

Zen Studios (the team behind the excellent Zen Pinball series) has announced a new castle vs castle game for mobiles (which we're presuming means iOS and Android) and other digital platforms called CastleStorm.

As with other games in the genre, your goal is to prevent the enemy from storming your castle while simultaneously taking out your foe's.

To help you achieve your ambitions, you'll be handed a wide range of fearsome weaponry to fire from your ballista at the advancing troops and opposing castle, including, errrr, homing pigeons and apple grenades.

As well as killing enemies remotely with your ballista, you'll need to deploy ground troops and instruct them to march towards the enemy. Hand-to-hand combat will then ensue once the two advancing forces meet.

You also get to design and build your castle, which you can then import into the game.

While the video below is most likely from the console or PC version, CastleStorm does promise to be quite the looker.

Hopefully, we'll be hearing more about CastleStorm soon. It's scheduled for release sometime later this year. 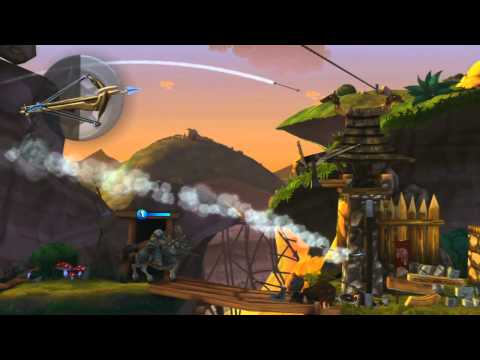 Subscribe to Pocket Gamer on
Next Up :
Genshin Impact's v3.1 update kicks off soon with its first phase of events