Zynga already made the inevitable endless runner take on Road Runner in Looney Tunes: Dash. But Cartoon Survivor looks like it could prove to be a better version of it.

Rather than controlling Road Runner while it avoids hazards thrown at it by Wile E. Coyote, you play Doo Doo the Dodo in this adventure runner.

The idea is to survive the length of an obstacle course to please the producer of the cartoon show. This involves traversing each level before the dynamite on Doo Doo's back explodes while collecting as many tokens as possible.

Of course, this being a cartoon, Doo Doo's life is at high risk at all times in the game's 23 levels. You'll need to run, jump, and glide at the right time, and with quick reactions. 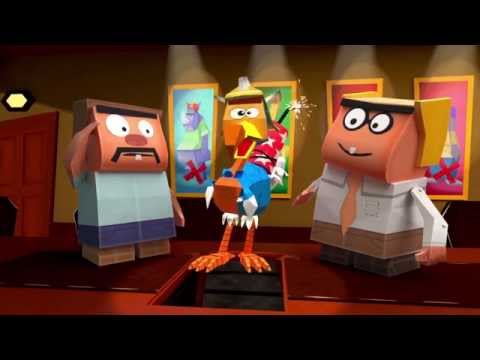 The trailer shows that there's plenty of variation and surprises in the brightly coloured 3D environments. You run along enormous alligators, glide down dark caves lined with spikes, and bounce across lush jungle vegetation.

Cartoon Survivor will be coming to iOS and Android soon. We'll let you know when you can pick it up nearer the time.
Next Up :
Ark Legends, Melting Games’ upcoming mobile RPG, opens pre-registration and lucky draw event