Being a sucker for a good arcade racer, I found myself irresistably drawn to Car Town Racing - a colourful new iOS effort from Glu Games that recently soft launched in a bunch of territories.

After an hour or so with the latest build, I'm still not sure whether the mixture is quite right just yet - but it's certainly an interesting formula.

Car Town Racing is a curious blend between the console racer-lite trappings of the Asphalt series and the rather more abstract casual racing of CSR and its ilk, with a few endless runner elements stirred in for good measure

You start each race like you do in the latter mega-series, tapping the screen to rev the engine of your super-deformed car and trying to ensure that you hit the sweet spot when the lights turn green. 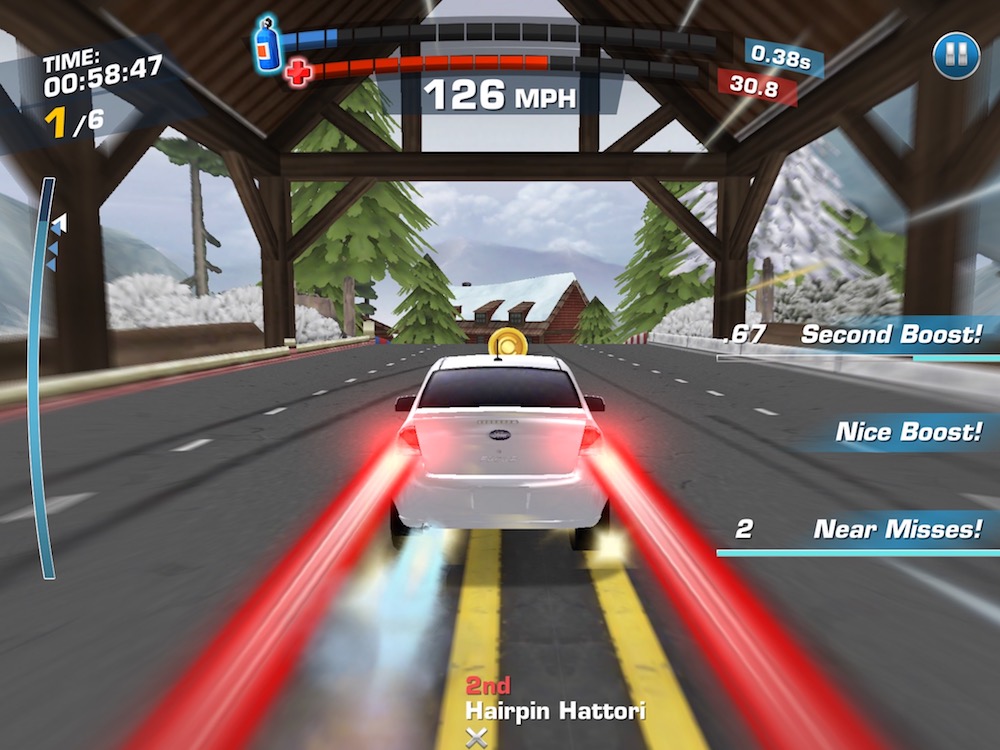 Once you've started, though, the acceleration is automated and your attention turns to steering your car across each snaking point-to-point course. Tapping left and right on the screen steers, while swiping up initiates your nitro boost.

The way you dodge through gentle curves and collect various coins and power-ups makes Car Town Racing feel a little like a 3D endless runner.

Where Car Town Racing regains a little of that arcade racer feel is when it comes to its unusual drift system. Take both digits and 'steer' with them - so for example move your left thumb up and right thumb down - and you'll enter a drift stage that lets you smartly supply opposite lock. You can sustain some satisfying slides in this way.

There's also a stunt system for when your car is airborne, although I found the inputs for this to be a little hit and miss at this stage in development 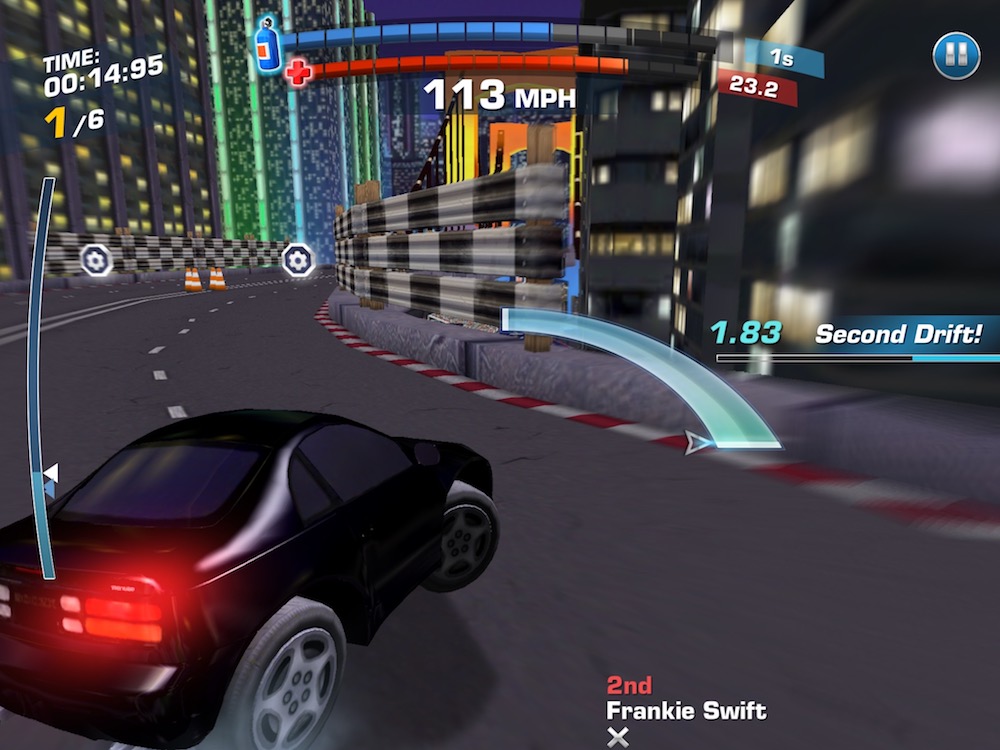 Indeed, Car Town Racing's disparate elements don't quite seem to come together to form a coherent whole at this early point. It's something that's not helped by a largely incoherent freemium upgrade system that left me completely none-the-wiser as to how to make improvements to my car.

Like I said, though, it's early days in terms of my experience with the game, and there's still time to tweak the game's various systems to make it put ahead of a full release.

With online multiplayer also part of the mix, Car Town Racing has something of pretty high value ahead of launch - our attention.