Buster's Journey, a co-production of Tivola and Tableflip Entertainment, is a charming new hidden object adventure where players are tasked to help good boy Buster on his important rescue missions. You'll have to hunt for hidden objects across vibrant environments and meet a colourful cast of characters along the way.

In Buster's Journey, players will not only help Buster be the best rescue doggo he can be - they'll also have to give him lots of TLC when he's not away on important rescue missions. Providing Buster with food, water, and affection will keep him healthy - you can also teach him some nifty tricks and reward him with awesome treats to boost his energy levels.

As for the missions themselves, Buster will always lend a helping paw to fellow furry friends in need, from horses in distress to even kitty cats. Of course, these missions are designed with a fun, lighthearted, and mostly humorous nature, letting players enjoy a good puzzle challenge while reveling in a stress-free 3D world at the same time. 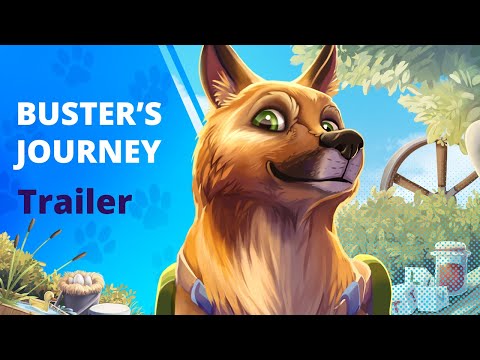 "We are extremely proud of Buster's Journey. With this title from our sister company Tableflip, we are bringing the popular genre of hidden object games into a sophisticated 3D environment for the first time, creating an even more lovingly designed world for our players," says Hendrik Peeters, CEO of Tivola.

Ready to go on Buster's Journey from people's backyards to the beach? You can download the game on the iOS App Store or on the Google Play Store for Android devices. It's a free-to-play game with in-app purchases. You can also have a look at the trailer embedded above to get a sneak peek at the gameplay.

On the hunt for more puzzle games? Why not take a gander at our list of the top 25 best puzzle games for iPhone and iPad (iOS)?