Cave has announced it will release a new edition of its popular Bug Princess 2 title for the iOS.

Dubbed Bug Princess 2 Black Label, this new universal app will integrate a host of new modes and features are absent from the original Bug Princess 2.

Chief among these new features is the graded Boss Rush Mode, which allows players to battle bosses from Bug Princess and Bug Princess 2 as they compete for top marks from the game’s grading system.

Cave ported Bug Princess 2 from the arcade game Mushihimesama Futari and the end result was a well-reviewed retro arcade game squeezed into a bright, colourful, and fun package.

Bug Princess 2 Black Label will likely continue Cave’s tradition of delivering excellent games onto the iOS, but there are a few worrisome bits of information that surfaced from the game’s trailer.

Principally, the disclaimer that "some use of the Boss Rush mode is subject to conditions and additional fees."

Hopefully this is, as TouchArcade theorises, a confusing way of stating that players must have purchases Bug Princess and Bug Princess 2 in order to fight bosses from them, but only time – and the release notes – will tell for sure. 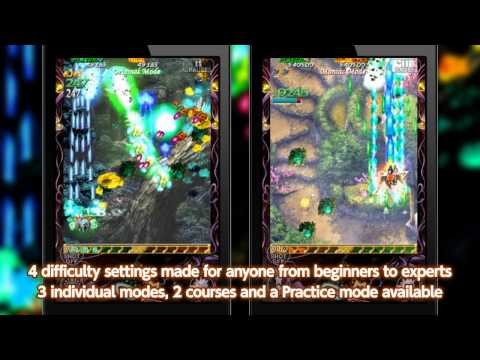