Apps I did it again 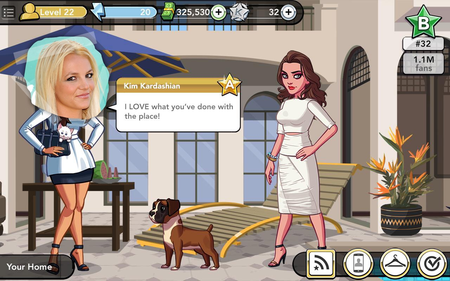 Glu Mobile now has two new celebrity-based games in the works, in the hope of emulating the success it saw in Kim Kardashian: Hollywood - a game that made $43.4 million in just three months.

Previously, the firm said it would make a game based on the owner of firework and whipped cream-shooting boobs, Katy Perry.

Now it has announced that 90s idol Britney Spears will get in on the action, too.

The game will feature the voice, likeness, and even creative influence of Britney, and the app will let you "interact with Britney" (not like that) and experience "the glitz and glamour of the entertainment business".

Presumably that won't include quests about shaving your head and attacking paparazzi with an umbrella.