With an iOS released expected in November

LaterSoft's action RPG Breakout: Dark Prison sends players to the titular prison where they set off in search of their daughter. It looks to have shades of Let It Die with numerous weapons to find and is less serious than most games of this ilk, despite the premise. Breakout: Dark Prison is available now on Android.

Apple users will have to wait a little longer to get their hands on the game. You can currently pre-order the game from the App Store where the expected released date is 14th November. So just under a month to wait for those folks.

Breakout: Dark Prison is a very impressive sounding game and I'm looking forward to finding time to play it myself. It has full character customisation options down to details such as adjust your noise in a plethora of different ways. 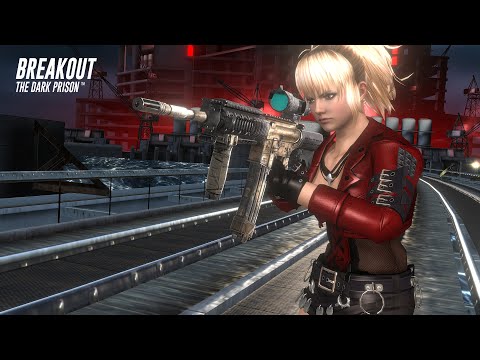 The gameplay itself will be the big draw for most people I imagine though. It appears to be a spin on the souls-like stamina management variant of action RPG combat, with a higher emphasis on dodging rather than blocking attacks. Though as you can see in the trailer below there are shields if you prefer to go that route.

The game supports controllers right out of the gate so if you've got a spare Xbox or PS4 gamepad lying around then you'll be able to use it with Breakout: Dark Prison. I'd definitely lean towards using a controller after seeing various gameplay videos, the combat seems to be very precise with a lot of different inputs for dodging, attacking and managing the camera. I doubt I'd have the dexterity to do that with touch controls.

Breakout: Dark Prison is available now through Google Play. Meanwhile, it's available to pre-order on the App Store where the game is expected to release on 14th November. It's a free-to-play game with in-app purchases.