Bounzy! is an action arcade game by Gram Games, out now on iPhone and iPad

Gram Games has launched another neat title this week as the block-breaking, monster-fighting Bounzy! hits iOS. 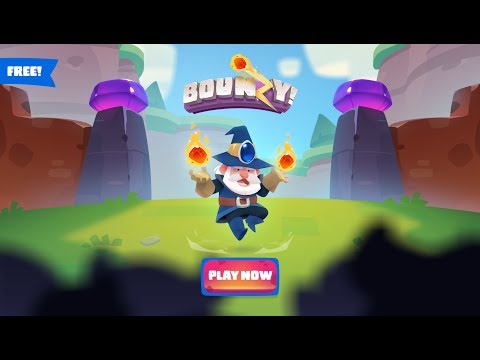 Subscribe to Pocket Gamer on
Bounzy! is a fast-past arcade action game in which you play as a Mage defending your town from a group of advancing beasts and beast bosses. The slingshot-like mechanic makes it a little bit of a mixture between Space Invaders and Block Breaker with a dash of RPG thrown in there for good measure.

Each time you successful defeat the horde, you'll be awarded with chest which contain keys and diamonds and gold that you can use on upgrading your powers. The more powerful you are, the better your defence will be.

Grab Bounzy! free to play on the App Store for iPhone and iPad now.