Should be purr-fect now

Chillingo and Radiangames are about to launch a new 'Special Edition' of free-to-play flop Bombcats. This new version of the game will be a paid game with no in-app purchases.

Bombcats first hit the App Store in May, with game creator Luke Schneider describing the launch as "disastrous" and a "financial failure".

Schneider stated that Bombcats attracted some 100,000 downloads on its best day, but fewer than 100 in-app purchases.

"I don't know exactly how much Bombcats needed to make to keep Radiangames in business, but these numbers aren't close," Schneider said.

Schneider's Radiangames ditched the free-to-play model for the game's Android launch, and has now ported that IAP-free edition over to iOS. It's out at midnight, priced 69p / 99c. 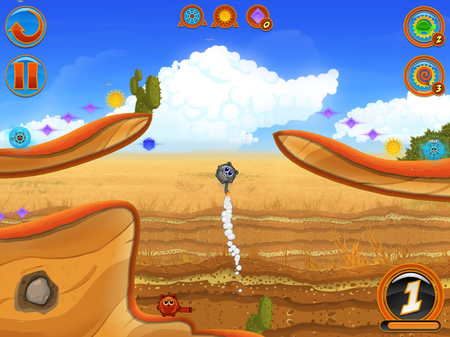 Schneider tells us that everything has been tweaked and re-balanced. Certain unlocks happen sooner, everything in the shop is cheaper, you can spend gems to skip levels, and you get more attempts per challenge.

And it's a brand-new app - instead of an update - because "the number of subtle changes, particularly to the map and save game, made updating the original version too difficult".

We called the original game "clever, brilliantly designed, and dripping with new ideas" in our Bronze Award review, and dubbed it "a great addition to the animal-flinging genre".

In his final thoughts on the matter, Schneider tells Pocket Gamer that the fact "Bombcats SE is so much more fun just goes to show how important balancing is to games, and that the F2P model isn't always the best option for everything".