Inferno+ and Slydris developer Radiangames (a.k.a. Luke Schneider) has said it will cease to be a full-time game developer, largely on account of free-to-play puzzler Bombcats being a financial failure.

In a blog post entitled 'Epic Fail? So Far', Schneider reveals that Bombcats received around 100,000 downloads on its best day since launch, but had fewer than 100 in-app purchases.

"I don't know exactly how much Bombcats needed to make to keep Radiangames in business, but these numbers aren't close," Schneider says.

Bombcats is a physics-driven puzzler with hints of Angry Birds and iBlast Moki. In each level, you catapult an explosive tabby across the environment in the hope of catching a trapped kitten in the bomb blast.

We called it "clever, brilliantly designed, and dripping with new ideas" in our Bronze Award review. We also said that "Bombcats is a great addition to the animal-flinging genre". 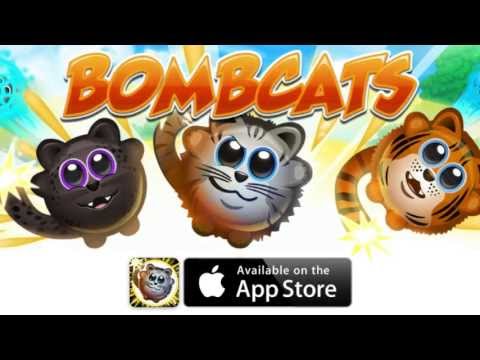 The game also contains the usual litany of in-app purchases for power-ups, doubling your gem production, skipping levels, and topping up your in-game coffers.

According to Schneider, though, "Bombcats is just too generous with everything".

That mirrors comments made to Pocket Gamer by RocketCat about its free-to-play flop Punch Quest. "The real problem turns out to be that everything is just way too generous."

Bombcats builder Schneider says: "I tried to straddle a line (F2P but fair) and it's failing financially as a result". He concludes that "making a free-to-play game that's not pushy about purchases just doesn't work without many millions of downloads".

Going forward, Bombcats will either be re-balanced to "force people to have to spend more money in-game" or become a paid app. As for the developer itself, though: "So right now it appears Radiangames will be ending as a full-time thing in a month or so".