E3 2013: How I become an vampire hunter thanks to BloodMasque's in-game photo feature

You to can place your ugly mug into the action

One of the surprises of E3 2013 was Square Enix’s BloodMasque.

It’s an Infinity Blade-style gameplay experience that has you working on enemy patterns to tap and swipe your way to success in melee combat arenas against vampires in an alternative 19th century steampunk version of Paris.

But one neat addition to this is the game’s photo input tool which enables you to put your face into the game.

As you can see from the screens below, it’s very simple to do, and you have plenty of customisation options.

To get the full range, you should take a photo of your neutral expression, plus a happy and an angry face. These are used in-game and in the cutscenes.

Another nice addition is that you can import two characters who act as in-games NPCs to help out. Of course, these characters will have your friends’ customised faces, so there’s a strong social element to a game that is otherwise based on a typically bonkers premise about vampires taking over the world.

Graphically, the game is certainly top-notch, with the development team making the most Unreal Engine. The combat sees vampires transforming into demonic form, but being a half vampire yourself, you can power up too.

The combat gameplay is very Japanese, with loads of special effects lighting and numbers demonstrating how many health points you’ve taken out of your enemies. To kill the vampires, you have a finishing move that see you performing an elaborate acrobatic staking through the heart.

However, it’s all pretty simple in terms of taps and swipes for your light, medium and heavy attacks. This is because the game is designed to be played with one hand; particularly in terms of iPhone players.

The story - which is driven by cutscenes - and character levelling up and managing your item inventory, are more important elements than combat. Indeed, you’ll wander around Paris in a free-roaming manner, picking up missions from the NPCs you start talking to.

Square Enix reckons BloodMasque will feature 10 hours of gameplay, and will come as a premium-priced title with additional in-app purchases.

And the company seems pretty confident about the game’s success as ideas and locations for updates and sequels are already being considered. 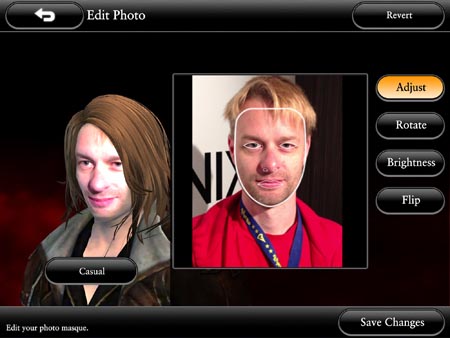 There are plenty of customisation options in terms of hair and skin tone once your face is in the game. 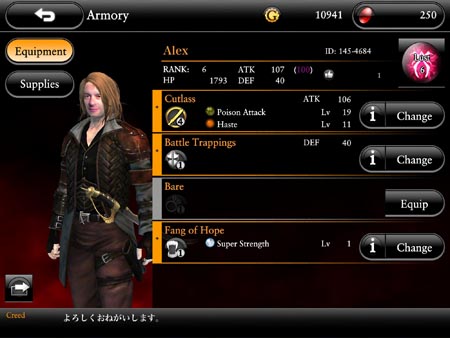 Of course, there's also plenty of items to be collecting and buying toe optimise your vampire-killing efficiency. 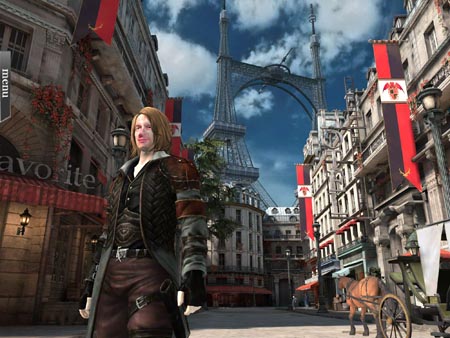 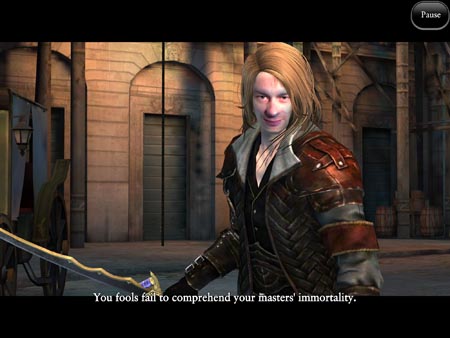 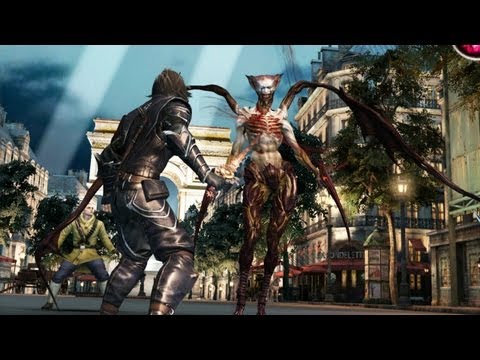 E3 2013: Battle vampires with friends from around the world in Bloodmasque for iOS