Kickstarting your interest in it

To explain: Washburn and his Suppressive Fire Games team's non-linear action-adventure features an amnesiac woman who discovers that she's been converted into a cyborg.

Not the best news she's probably ever had, but at least she now has increased mobility and resistance. This is rather handy, given everything now wants to kill her.

In Blood Alloy, you will explore a mechanical near-apocalyptic dystopia in an attempt to find your identity and exact revenge on those who put you in this deadly situation.

Secret areas, optional bosses, tons of new weapons, and loads of upgrades will be dotted around the game's environments. Oh, and there are three endings to uncover. 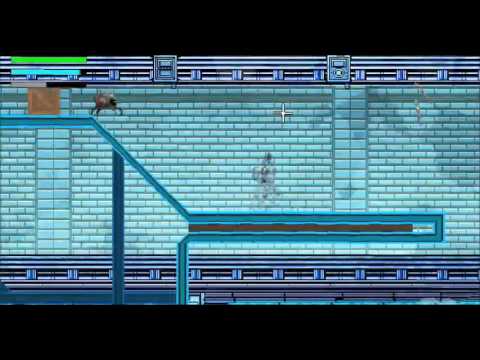 Central to Blood Alloy is its stamina-based combat system. So, you will have to juggle dodging, using a shield, firing your gun, and employing special abilities.

It's possible to play aggressively, defensively, or evasively. It's entirely up to you.

Other console and mobile platforms are being "explored".

Chop up robots as a hyper-agile cyborg soldier in Blood Alloy: Reborn, coming to PS Vita

Check out the Dark Souls-inspired gunplay