Blacken Slash is a minimalist roguelite with quick play sessions, out now in Early Access

Mario "ehmprah" Kaiser has announced that Blacken Slash is out now in Early Access, letting players dive into the minimalist hack-and-slash roguelite on iOS, Android and Steam. The unique title combines the best elements of tactical turn-based combat with roguelite elements to bring players a one-of-a-kind experience on mobile.

In Blacken Slash, players can expect unique progression mechanics as they explore the narrative while besting their own selves - and other players across the globe - across tons of runs. Each new playthrough offers a different experience in short but meaningful bursts, where players can engage in quick sessions using a wide variety of builds and playstyles. Competition is also tight on the game's online ladder, which resets each week to give players a fresh start. 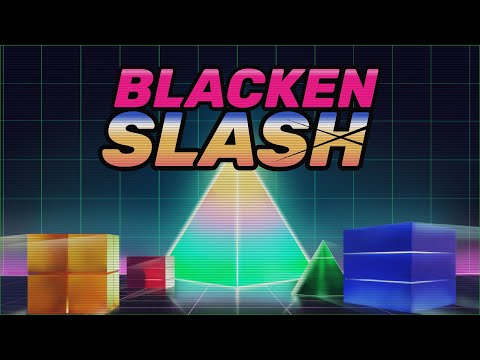 Players can also aim for challenging achievements to see which gear combo suits their preferences best. Perhaps what makes this game stand out from other titles in the same genre is its minimalist approach to roguelite hack-and-slash gameplay, along with its neon visuals across a grid-based battlefield. And because perma-death is just one wrong move away, the game boasts ultimate replayability with a challenging difficulty level that players can aim to master.

If you're eager to give the game a go, Blacken Slash is now available in Early Access on the Google Play Store for Android devices and on the iOS App Store. You can also have a look at the embedded clip above to get a feel of the game, or join the community of followers on Twitter to stay updated on all the latest developments.

Are you on the hunt for more similar titles that will put your skills to the test on your mobile device? Why not take a gander at our list of the top 25 best roguelikes and roguelites for Android phones and tablets?

Next Up :
Smash Legends adds new competitive mode and brand new Legend to the PvP game in latest April update

Blacken Slash is a minimalistic, turn-based roguelike, coming soon on Android and iOS