9 more for the road (Updated with PG gameplay videos)

We've already revealed the games that we crowned the winner and runners-up of Krakow's Big Indie Pitch.

But there were a total of 32 games pitched to us last week, and among them were a few other promising titles.

So, it's our duty to share them with you. Now.

Below, then, you'll find descriptions of those nine other games. Some of them are playable right now, by the way. 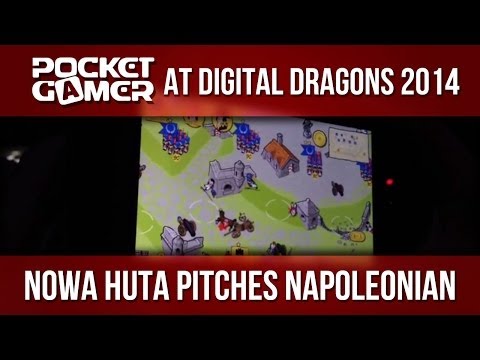 Napoleonian is a simple strategy game about guiding the French army around small battlefields to conquer your opposition.

Here, the dev combines the tactical considerations of core strategy games with the accessibility of a casual experience.

As you can see, its cartoon style is quite eye-catching. Plus, there's plenty of humour throughout this one.

Brain It
By Darek Leczycki - heading to iOS later this year 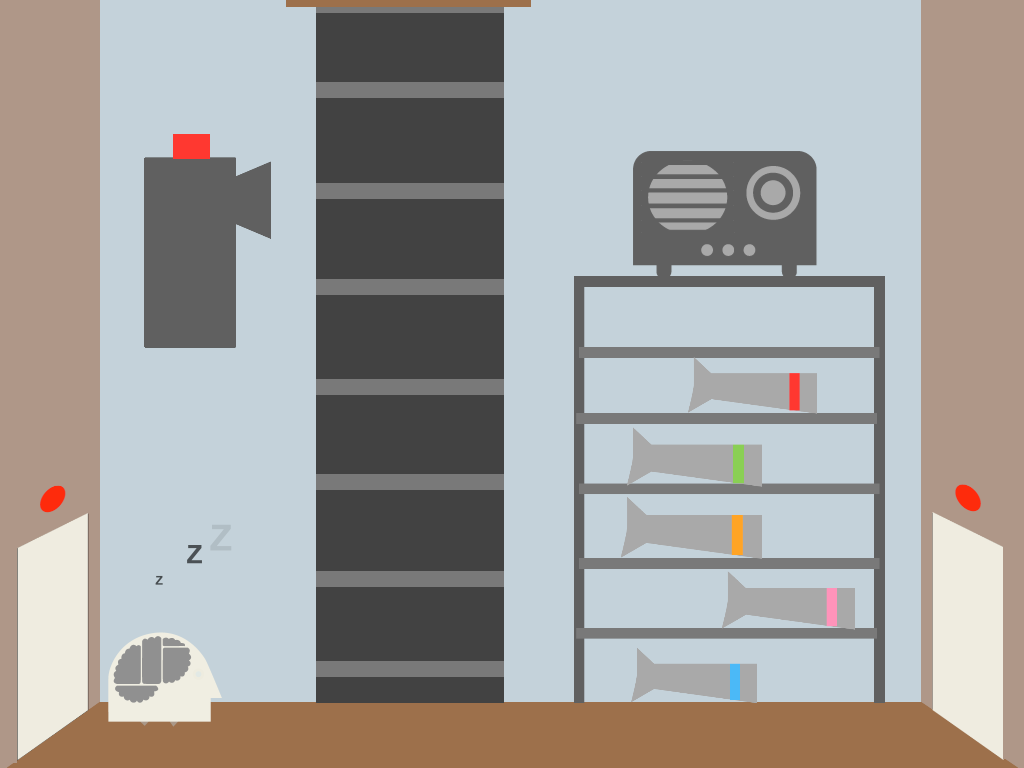 It seems silly to say it, but Brain It is smart. And I'm not just referring to its slick, minimalist presentation.

You see, the way in which its single-screen levels hide their puzzles and encourage play is to be applauded.

The idea here is to help a head on legs through each level by interacting with peculiar machines (cogs, balloons, wheels, and levers).

Firstly, you have to work out what to do. Then, you actually have to do it. It seems to be a very fun and quirky puzzler. 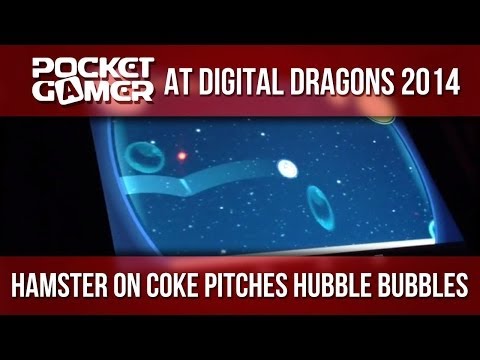 Hubble Bubbles is a one-touch arcade game about trying to escort an alien across space as far as possible. Yes, it's a little like Flappy Bird.

You do this by tapping to make bubbles rise up from the bottom of the screen. If you've got the timing right, the alien will hit these bubbles and be accelerated farther. It's a fun timewaster. 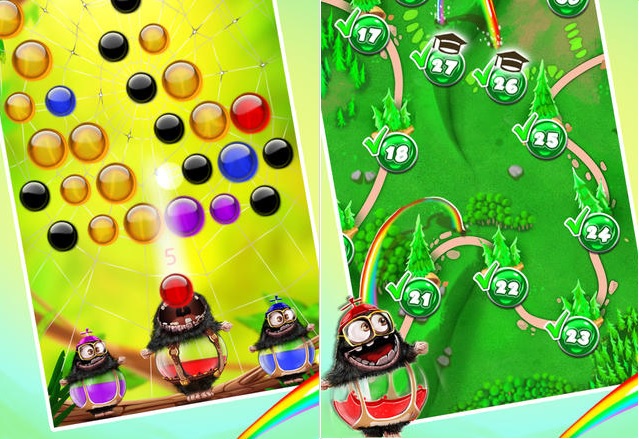 Whether you like spiders or not, it's hard to deny that The Rainbowers is pretty darn cute.

It's a match-three game in which you gather blobs of liquid together that are spread across a spider web.

You have to complete each level in a specific order (that's the puzzle) or you won't be able to feed the hungry Rainbowers at the bottom. It gets surprisingly tough at times. 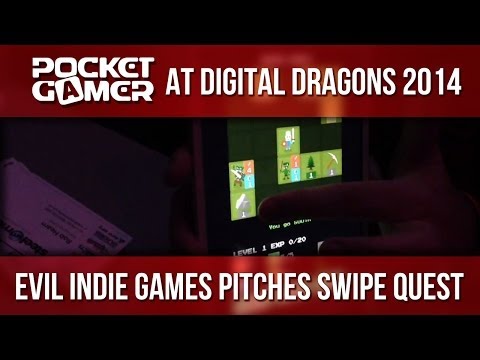 It has all the elements of a decent crossover: grid-based movement, random generation, risk / reward actions.

It's not quite as presentable or unique as other games in the genre. But as far as its challenging endless gameplay goes, it could be worth sinking some hours into Swipe Quest.

Cyberflow
By Larissa Davidova - out now on Android 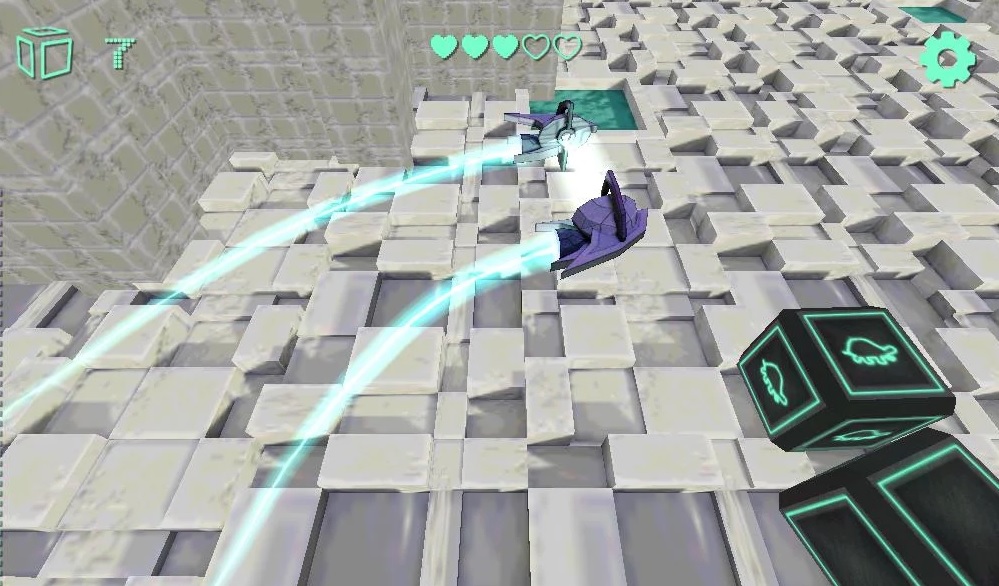 Cyberflow is much harder than it looks. You have to use two fingers to steer your vessel. Developer Larissa Davidova says that she was inspired by the pod racing in Star Wars - hence the similarities.

The idea isn't to race in Cyberflow, though. You just need to make it through the levels intact. The steering is responsive but you can't see very far ahead, so huge structures are a big problem.

Steampunker
By Telehorse - heading to iOS and Android in June 2014 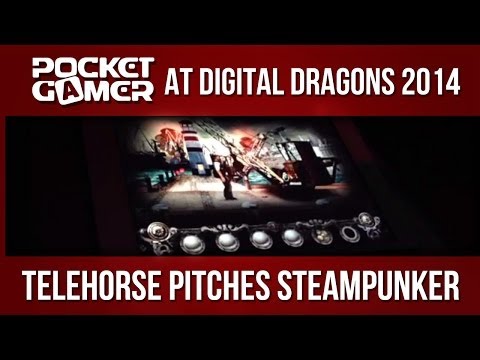 Although it looks a little jerky and the art is a little disjointed, Steampunker has all the makings of a decent point-and-click puzzle adventure.

You play a Victorian gentleman called Vincent in a steampunk universe. Your goal is to prevent your world from being overtaken by a robot army.

There are a bunch of diverse puzzles to solve (including item-based ones), machines to fix, and tesla-based gadgets to master.

Timberman
By Digital Melody - out now on iOS and Android 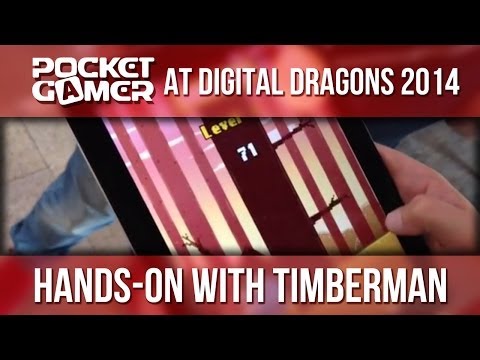 Strike one more for the Flappy Bird-esque action-arcade games. Timberman is about chopping down trees as fast as possible.

You tap either side of the screen to chop the corresponding side of the tree. You have to switch sides regularly because branches will take you out.

That would be simple enough. But if you don't chop fast enough, then a bar at the top of the screen empties and you lose. It's as addictive and fun as that sounds. 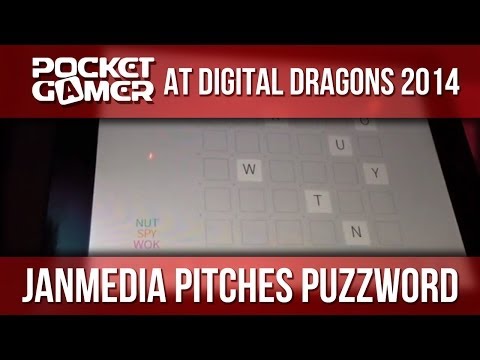 Again, we've played plenty of word puzzlers before, but Puzzword is, at least, stylish. It also caters to both left-handed and right-handed players.

Here, you have to create words from the grid of letters. But, more importantly, you'll need to cross words over to get the most points.

The game adapts its difficulty to you as you play, which means you'll constantly get new challenges without getting too stuck.