That Selfie Game wins the Big Indie Pitch at Berlin 2016

Here's looking at you 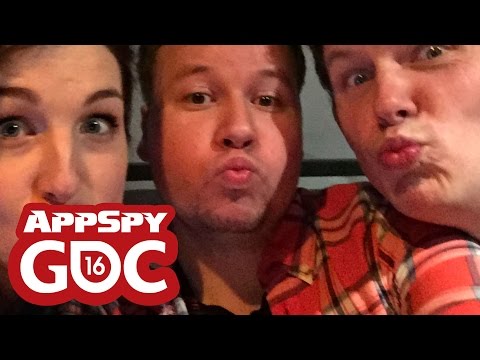 Subscribe to Pocket Gamer on
That Selfie Game snapped its way to the top prize at Pocket Gamer's Big Indie Pitch Berlin 2016. Twisted Lines and A Normal Lost Phone were runners-up.
Conclusively proving that pouting at your phone's camera is both inherently desperate and funny, That Selfie Game is all about panicking to pull a silly face against the clock and laughing at the result.

Here's how I am introduced to the game: a picture of a lady giving it full duck face pops up on my phone screen. I'm told to match the gurning girl's expression and take a picture.

As I contemplate whether I'm prepared to twist my features to mirror this ghoul in front of a room full of other humans with working eyes, I realise the clock is counting down from five seconds.

With only two seconds left my desire to win at games overrides my shame, and I force my lips out as if suddenly full of helium like every tween with a smartphone has been doing since 2010. The camera noise fires, and a picture of my stupid face pouts back at me. Hey, how're you doing?

As I begin to regret every decision I've made in my life that has lead to this moment, the screen is populated by other faces, all wearing a variety of different expressions. 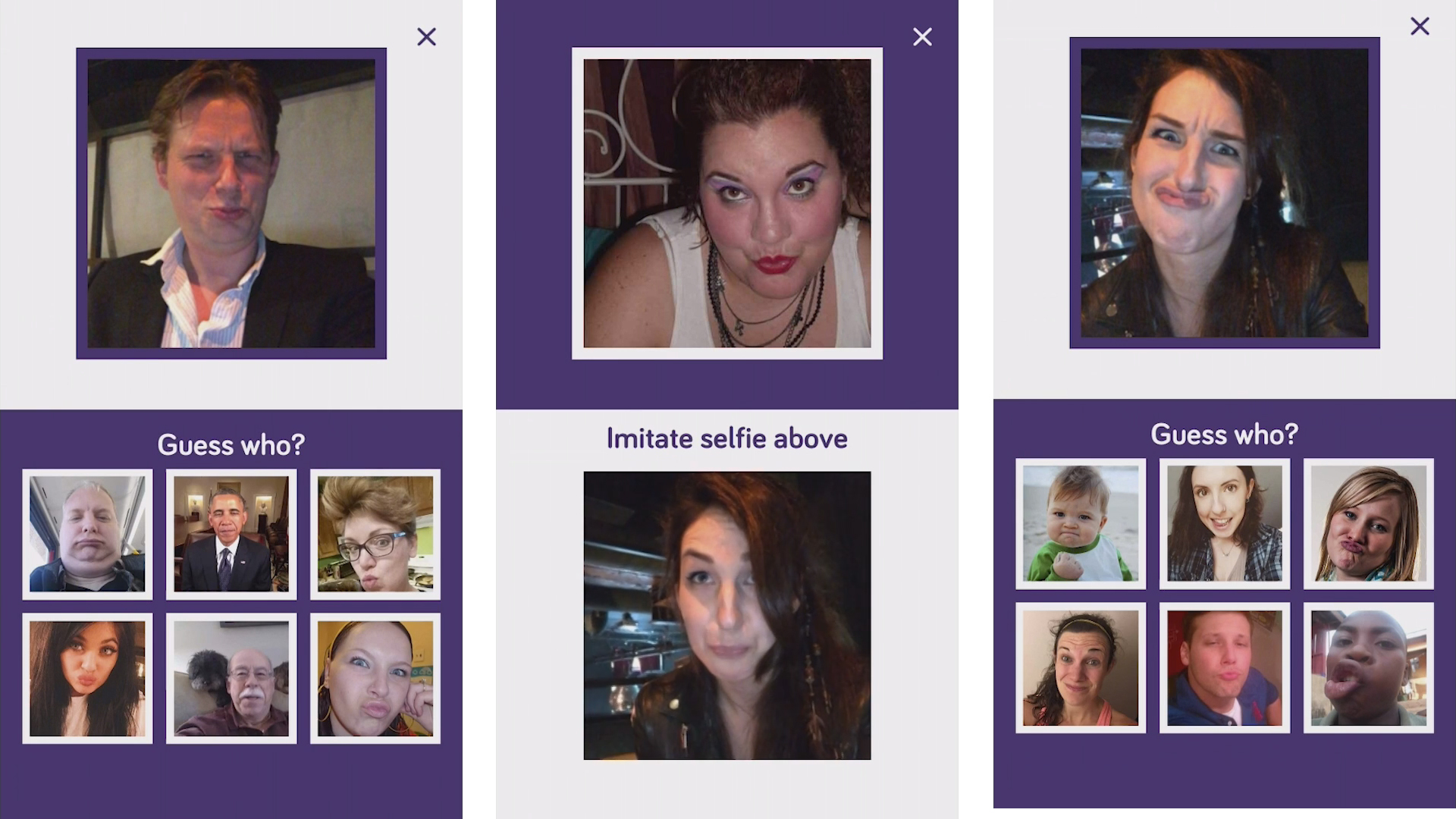 Then, as the developer takes the phone from my hand and frowns at the screen, I realise what the game is. This is a two player guessing game: one player looks at a portrait and copies the expression, and the other has to pick the photo your were imitating from a line-up.

As an idea, it's simple and immediate. Within seconds of playing, everyone at the pitching table is pulling silly faces, passing the phone around, and laughing.

This laughter has the potential to spread, too. As well as pass-and-play, That Selfie Game supports asynchronous online multiplayer, letting you fire pics back and forth over the ether. Think Snapchat crossed with Guess Who? and you're basically there.

The game can be expanded with different decks of faces to imitate. Our favourite deck features pictures of inanimate objects, and has us trying to make a face like a tumble dryer or postbox or an angry looking tree.

Though we've seen some great games during the pitch, no one has a bad word to say about That Selfie Game. All the judges think the idea has huge potential, and the game beats out the competition to win first place.

Naturally, the developers celebrate by jumping onstage and immediately take a selfie with the crowd behind them. For some people, game design is a way of life.