Grumz is our Big Indie Pitch winner at MIGS 2015

We're at the Montreal International Games Summit, mercifully abbreviated to MIGS, on the lookout for great mobile games.

And, as is becoming a habit of ours, we brought our Big Indie Pitch to town with us.

This is an event we've hosted all around the world, in which indie devs are granted four-minute, speed dating-esque opportunities to woo a panel of journos and publishers with their games.

Here in Montreal, it was Picnic Game Labs who won out with its endless stopper, Grumz. Shop Heroes and Eon Altar were named runners-up.

The fact that the game managed to impress the judges in only four minutes of gameplay is, to some extent, proof of its success in the moment-to-moment experience.

Indeed, all that's needed to control Grumz is one digit, with which you'll attempt to prevent a rotating, mellowed-out disco ball from eating horrible shape death.

Constantly yo-yoing along a wire in the centre of the screen, your only power is to stop it (temporarily) in its tracks to avoid all manner of geometric nasties rushing in at various speeds from either side.

Billed as the "first infinite stopper" - although we'd be unsurprised if there were other claimants for that title - Grumz is nonetheless a pleasingly minimal and more-ish thing. 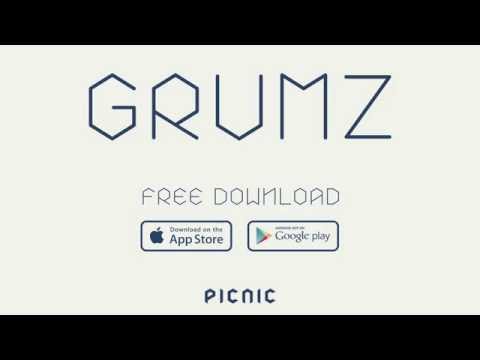 Subscribe to Pocket Gamer on
Even better, it's out right now on Google Play [free]. It's supported by ads, with an optional IAP to go ad-free.

For a chance to win thousands of dollars of advertising and to see your game in an article like this one, you can still register for the Big Indie Pitch at Apps World London.