In total, 32 developers from around Poland presented their games to the judges with just three minutes each, kind of like a speed-date.

Once done (and stuffed with pizza), the judges then had to decide on a single game to crown the winner, as well as two runners-up.

Those chosen will hopefully go on to bigger things, then. Remember: You heard about them here first.

Foodo Kitchen
By Tutu Labs - coming to iPad on May 15th 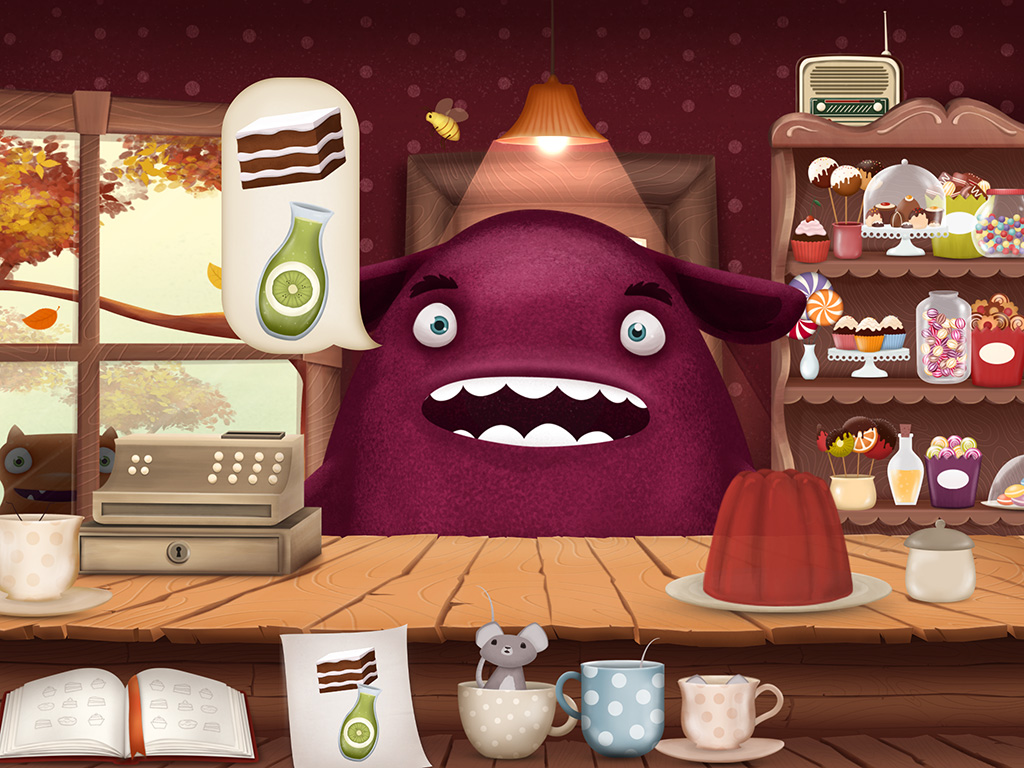 Foodo Kitchen has you getting messy by making desserts for cute and hungry monsters.

The monsters enter your shop and order their desired dessert through a couple of pictures hovering in a speech bubble. It's then up to you to put that dessert together as best you can.

Each process that goes into making the dessert is included and has its own playful interaction. You spread the flour with taps, roll out the dough with swipes, and decorate your dessert by placing insects, jams, and other toppings upon them.

The idea is to pick out the right ingredients, cookie cutter shapes, and decorations to please the monster. If you don't, upon eating the dessert, the monster pukes it back out.

Foodo Kitchen is charming, stylish and, best of all, encourages you to get messy. Sure, its wordless design is aimed at kids, but anyone with a penchant for playfulness can enjoy it thoroughly.

Wings of Fire
By Dreamworld Engineers - Lite version out on iOS [download] and Android [download], full version expected in June 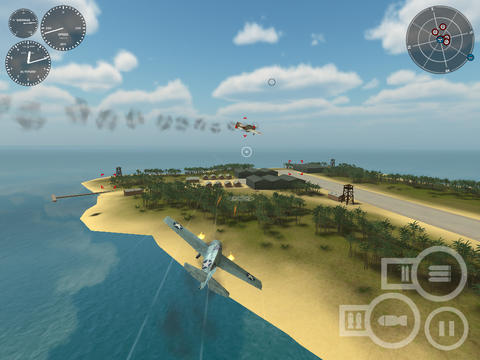 Set during World War II, Wings of Fire has you flying a Grumman F4F Wildcat fighter over the Pacific islands fighting Japanese aircraft.

It's an arcade flight sim, then - nothing special conceptually. But Wings of Fire stands out for its smooth, intuitive controls.

Within seconds of picking it up, you're able to maneuver with grace, blasting down planes with your machine guns. A reticle that sticks to the floor lets you drop bombs with precision.

There's even a small camera in the corner that shows you the destruction your bomb caused on the enemy encampment.

Wings of Fire even retains its control precision when uniquely using the DICE+'s gyrometer as a controller. This will be handy when the forthcoming co-op multiplayer lets you and a friend battle through history. 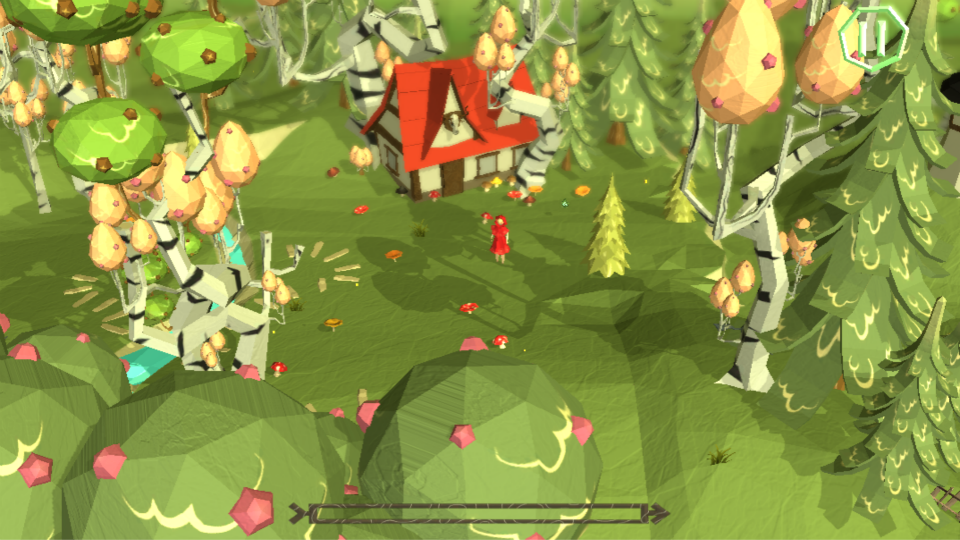 How do you fancy exploring the alternative storylines of Grimm's fairy tales? That's what Lore is all about. It's a low-poly adventure that brings fairy tales together with eastern European folklore.

In the demo on show, you helped Red Riding Hood through the forest by tinkering with the environment. A bridge over a river is made by pulling a tree down, for example.

There wasn't just one path to take, though. You could go to Red's grandma's house just like the fairy tale, or you could go somewhere else.

If you wanted to explore each of the multiple paths and their different outcomes, then you can rewind time to do so. It's a series of small, narrative-based puzzles, in essence.

You can find out that the Big Bad Wolf was just misunderstood, have the lumberjack chase him off, or take Red to meet the deer in the forest.

Lore is a delightful exploration of fantastical scenarios with a look that incites the imagination.
Next Up :
Pokemon Go and Amazon Prime Gaming's latest rewards bundle is now available and it features a mysterious reward