Whenever there's a big event, conference, or expo, you can be sure that we'll be there with a Big Indie Pitch.

These are rapid-fire events where game developers get a few minutes to pitch their projects to a panel of journalists, indie stars, publishers, and other judges. And we all pick some winners.

This time, at our BIP that ran alongside GDC 2015 in San Francisco, we chose bouncy juggling gem Kano as winner, with minimalist puzzler Squares and feisty one-on-one shooter WarFriends as runner ups.

But man, we saw a lot of games. Games about kissing and sushi and Egyptian gods and zombies. There are always zombies. Here are six games that didn't win but deserve special mention. 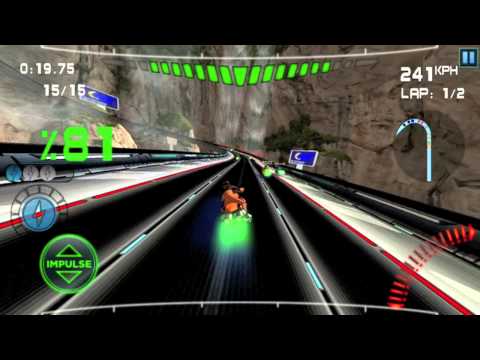 The App Store is starting to fill up with futuristic racers, inspired by the likes of Wipeout and F-Zero. But Impulse GP from EcoTorque Games has an interesting twist on proceedings.

This time you're on a sort of hovering skidoo, and you drag your thumb to make your character lean left or right and force the bike to drift. It's tricky at first, but it gives you way more control over how you tackle corners and curves.

The game's also about timing. As you ride over green impulse strips, you need to hold the screen while you're on the strip and let go as soon you leave. The sharper your timing, the better your boost. 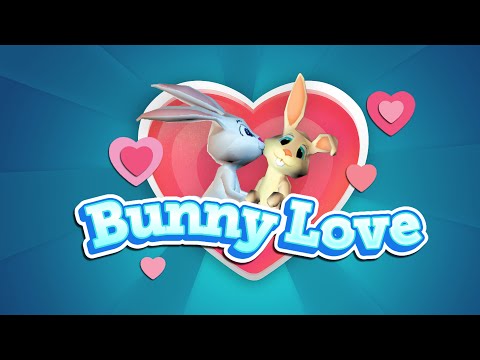 The rabbit is on the brink of extinction. Only two bunnies - Bun Bun and Twitch - are left. It's their job to repopulate the planet by doing what bunnies do best.

In practice, this is a madcap endless runner about dodging wolves and frogs and obstacles until you're close enough to your rabbit pal, at which point you tap the screen to do some split-second love making and pump out some baby bunnies.

Make three successful mating sessions and you'll turn into a love ball - a sexy Katamari boulder that can collect up baby bunnies and enemies like moss on a stone.

Best of all, it feels satisfying to play and is has a gorgeous aesthetic. Bunny Love by Computer Lunch will be a free to play game and is coming to iOS and Android in April-ish. 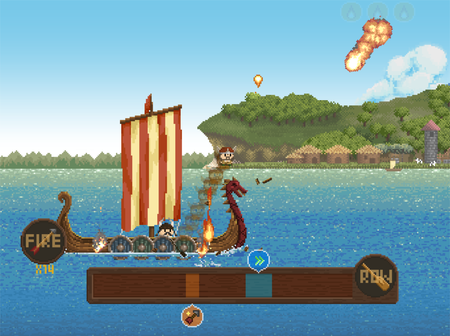 This one, from Tiny Dice Dungeon developer Springloaded, has a bit of a Clash of Clans vibe to it.

You're in charge of a viking stronghold and you want to hire an army of disposable grunts to send off to beat up rival clans. There's a singleplayer campaign, or you can go out and ruff up friends and strangers online.

So far so Clash, right? However, this one is more about action and timing than light strategy. Here your battles are at sea, on comically big viking long boats, and you use a power meter to send different attacks at your foes.

Best of all is the adorable pixel art, which turns ferocious Nord warriors into tiny bobblehead sprites. D'aww. These guys are too cute to rape and pillage.

This one's free to play, and is coming to both iOS and Android in April. 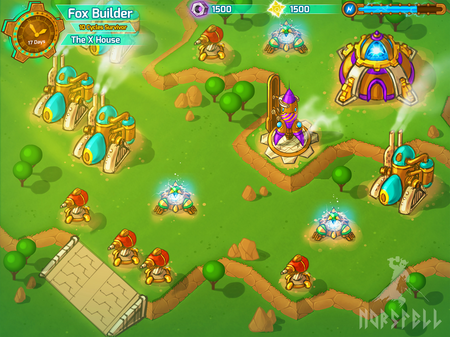 Ragna Cycle is ambitious. It's one of them strategy building games we've played a bunch of times before - but on a strict 14 day timer. You've got a fortnight to build a space rocket before the clock hits zero and the world is over.

Then it all starts again.

Leaderboards and the hall of fame will keep a record of those who managed to get the most done during their brief time on a crumbling earth. And crazy events will keep the two week cycles feeling hectic and unpredictable.

It all sounds super exciting, but it's early days for the game right now so we'll have to wait and see exactly how it works in practice. And how this free to play game will be monetised (and hopefully won't let the rich buy their way to freedom). 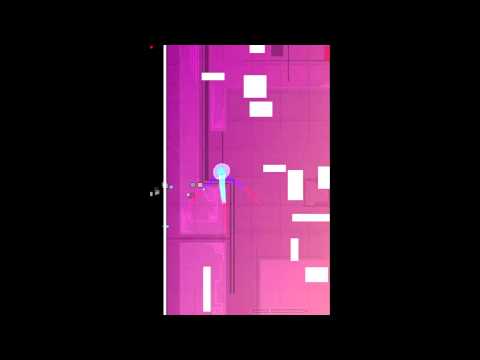 Silver Spire is a simple game about bouncing a ball up an endless hallway, as you smash through white blocks of corruption. But it's all the different ways that the balls are controlled that makes it fun to play.

One bounces when you tap. Another follows your finger as you trace across the screen. For the fire ball, you must charge up tiny explosions with a hold to propel the ball up.

This one's from Neonize developer Defenestrate Studios and is due in the summer. It will be a paid game on iOS, Android, and even Windows Phone. Good old Windows Phone.

This charming puzzle game is a little like Triple Town or Threes, but has a super smart aesthetic: Russian nesting dolls.

So, like those games, you're shifting around objects to clear them off the board. But instead of trees or bears or number tiles it's Matryoshka dolls which happily fit inside one another.

It's all backed up by a barmy story about thousands of dolls getting lost in the wild during a road trip. The game's free to play and coming to iOS and Android.