The most recent Big Indie Pitch event happened in Brighton. It went quite well. There were tiny burgers and a sea view.

We've already told you about the winner, ThisWayUp Games's PaperLander. But that wasn't the only game that caught the eye of the assembled judges.

In fact choosing a winner out of the crop of titles that were pitched was pretty difficult indeed.

So here are five more games that are definitely worth keeping an eye out for. Some are out, some will be out soon, and some won't be out for a while.

Rest assured that here at Pocket Gamer we'll make sure you know when each of them makes an App Store or Google Play appearance.

I think some of them are even coming to Windows Phone. Imagine that.

Ready Steady Play
By Cowboy Games - out now on iOS

Ready Steady Play is a fast-paced tap-to-shoot gun gallery. And an endless runner that sees you guiding a hobby horse over gaps and cacti. Oh, and there are bits where you have to shoot some coins as well, but I didn't get to do those.

It's a simple and lovely mix of mini games with a minimalist look that's easy to pick up and play and difficult to put down. A quick-fire arcade blast that you can have a bash at in a matter of seconds.

There are more levels to come as well. The game is out now, but extra content is planned. The reload mechanic on the shooting game is probably worth the admission price alone though.

Appointment with F.E.A.R
By Tin Man Games - coming soon to iOS and Android 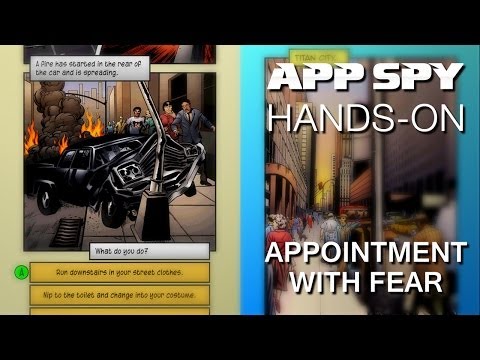 Appointment with F.E.A.R is the next game from Tin Man Games, and it's something of a departure for the Australian dev. It's a comic book caper, a break from the blocks of text that made up its most recent Fighting Fantasy adaptations.

It feels like the developer is putting its own stamp on things, adding something of its own rather than following the template the gamebooks laid down more than a couple of decades ago.

You build a superhero and go on an adventure, choosing your path at every turn and trying to stop the titular band of super villains from taking over the world.

The artwork is reminiscent of Marvel comics, the story rips past like a Twitter feed, and it all feels fresh and pretty damn impressive. 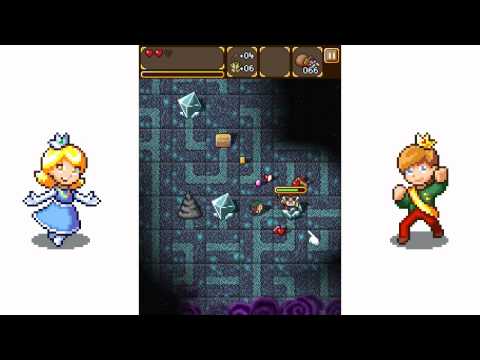 Swap Quest is like an endless runner mixed with Carcassonne. With some Zelda thrown in. And it makes for a frantic and breathtaking game of tile swapping, monster whomping, and chest nabbing,

You play a hero who's wandering along a road. But you need to build that road, swapping out tiles to make a path.

You also need to grab loot, fight monsters, and keep one step ahead of some terrifying black fog.

There's a 16-bit RPG feel to proceedings, but there's something new about the game as well. It's not quite like anything you've ever played before, and that's no bad thing.

Minutes is bullet hell for a generation with brief-blink attention spans. You play a circle, swelling and contracting, collecting coloured strips and blobs as you chase a high score.

You need to keep ahead of the other coloured shapes though, because touching them affects you in some horribly negative ways.

There's no shooting just dodging, and it makes for a pleasant change.

You weave through the maze of lines, squares, and balls, always on the edge of your seat, and always a twitch away from disaster. 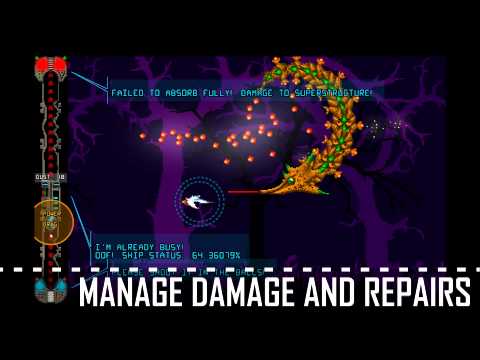 The build of Mighty Tactical Shooter we see isn't even on a tablet, but there's enough in the presentation to gauge how good it could feel on an iPad.

It's a clever turn-based rendition of R-Type, all drawn assault patterns and gravity well power-ups that let you twist an enemy's attacks back at itself.

There are a few tweaks needed here and there with the UI for it to be successfully squished onto a handheld device, but the retro graphics and expectation-distorting gameplay make it worth keeping an eye out for.