Check out every entrant from Dundee's Big Indie Pitch

Games! We love seeing new games. 2017 was a record breaking year for the Big Indie Pitch, with developers from all over the world taking the opportunity to showcase their fresh projects to an expert panel of judges. They gained feedback, grabbed a drink, and some even bagged a prize.

For the last pitch of 2017 we hiked up to Dundee in Scotland in order to take the global pitching competition to Abertay University. It may have been one of our smaller pitches, but the talent was just as high as always, with Ant Workshop taking the crown with Dead End Job for Nintendo Switch. This was then followed in second place by another Switch title, Skye, with mobile board game Oil coming in third.

However, obviously the top three weren’t the only games to pitch. So take a look below as we highlight every single game featured in the competition. Some of these will be on your mobile phone one day, we reckon!

Described by the developer as Ghostbusters meets The Binding of Isaac with a bit of Ren & Stimpy, Dead End Job takes retro twin-stick shooting action and presents it like a cartoon straight outta the '90s.

You control Hector Plasm, an expert in paranormal pest control, as he patrols town rescuing citizens and sucking up ghosts in his trusty vacuum. You’ll have to watch out though, as Hector has a ghost or two from his past that aren’t quite finished with him yet. 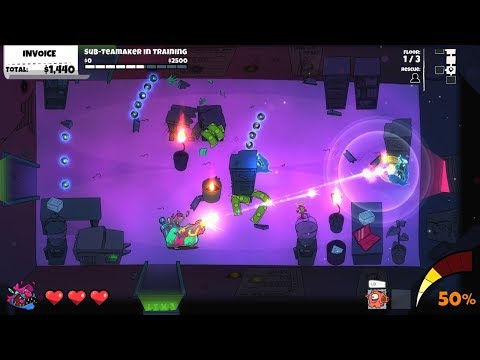 Join Skye, the friendly dragon, and explore a colourful, living world that’s as happy to see you as you will be to see it. From dashing though countryside fields to diving for pearls underwater, and even to flying through evening fireworks, there’s an entire world to explore at your own leisure.

Created to appeal to all ages this is pitched as a cool pick-up-and-play experience, one to watch out for when it arrives later in the year. 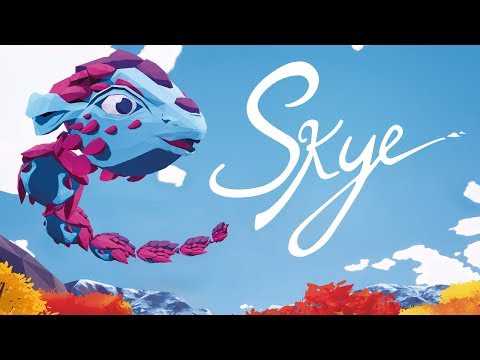 Think Battleships crossed with Minesweeper and you’ve already got the idea for this new and highly entertaining digital board game. Set in an early 1900s America - loosely inspired by the movie There Will Be Blood - Oil is all about searching for that rare black gold.

Where Oil differs from classic board games though is in its innovative use of a space and shared resources. Players must strategically compete for the oil on the board without giving away too much to their opponent. Set for release this year, Oil will be shipping with 10 unique levels alongside both single and multiplayer game modes.

Take to the sea on a dangerous submarine patrol in this procedurally-generated time-management game. Developed by just one person in a pixel art style, Aye Aye Captain shows the power of what a solo developer with a great idea can create.

Infused with comedy, Aye Aye Captain will see you battling rival ships while keeping the ship moving in even the most surreal circumstances. Follow the Captain's orders and you might make it home in one piece…

Admiral Fancy Pants is a twin-stick shooter set in space. One which not only features a variety of different ship classes and upgrades for the player to select from, but also a range of mini games and boss fights too.

What’s more, all this action takes place across a variety of procedurally-generated galaxies and missions, all set in a beautifully crafted universe.

Initially developed in 2017 as part of a 24-hour game jam, Lost Robot invites players to explore an alien, isometric, voxel environment as L.A.D. (Lost Analytics Droid). Your task is to fix your crashed ship by retrieving items scattered across the world. Fixing all the rooms may be enough for L.A.D. to get help, but screwing it up will make his situation exponentially worse.

Lost Robot is a testament to what can be achieved in just one day. Transcendent Games plan to make this the foundation for their future work. 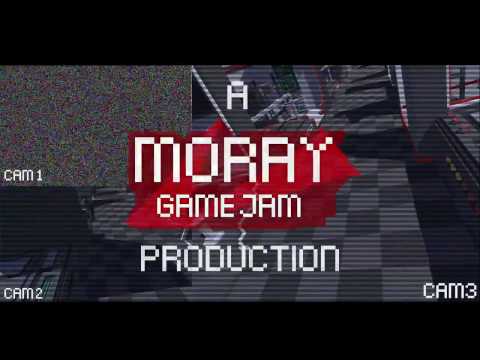 Pixel Raiders is a pixel art arcade action game inspired by classics of the golden age of the arcades, such as Space Invaders and Centipede. Using the final remaining tank, it's up to you to blast, shoot and obliterate the raider hordes.

With 43 levels spanning seven unique stages, along with leaderboards and co-op gameplay options, Pixel Raiders has more than enough content for those hungry for a return to classic retro gaming.

Games don't have to be solely for fun. Often they contain an important message at their core, or a thought provoking commentary on current society. Sometimes they even educate us, and that’s exactly what Pool Noodle Productions aim to do through Transfused.

Transfused uses gamification to train future health staff and nurses about Blood Transfusions. It may not be our usual Big Indie Pitch entry, but it was certainly a worthy one. 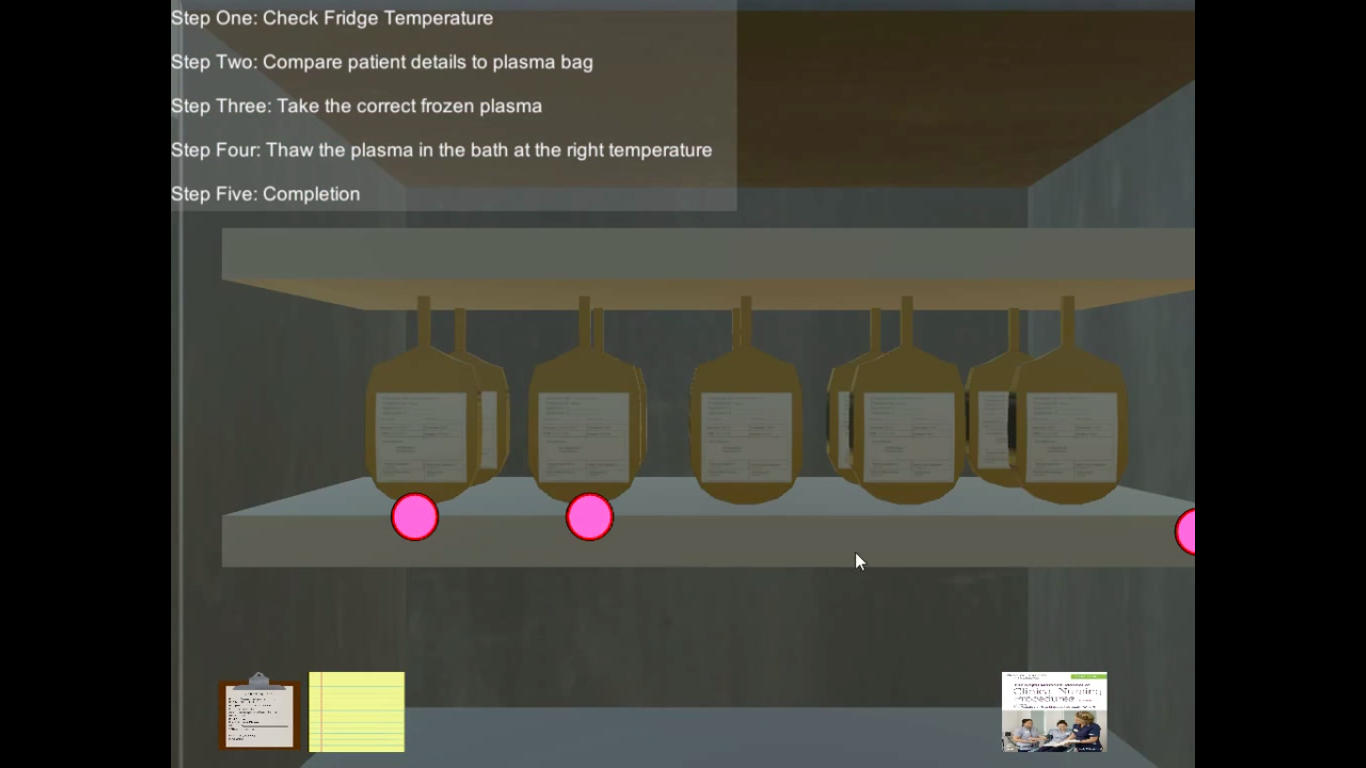 Orb Attack is designed to be simple at its core; it's a game in which you use the power of colour - with a range of power-ups - to burst an oncoming horde of orbs.

From Endless all the way through to Colour Switching mode, Orb Attack promises players a fresh, accessible and captivating arcade game experience. 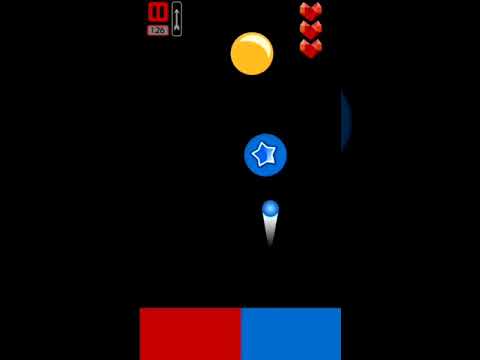 Jukebox Labs are developing a unique trivia-as-a-service format. Completely customisable and upgradable, Jukebox Labs has already run five "virtual pub quizzes" within the UK, demonstrating that this social quizzing app has the potential to pique the public’s interest.

We're planning to run loads more Big Indie Pitch sessions in 2018 so if you're a small team working on a gaming project, submit it now: www.bigindiepitch.com!
Next Up :
Dragon City Interview: Socialpoint’s Lead Game Designer discusses its flagship title’s LiveOps and continued popularity