iOS
| Bendy and the Ink Machine

The App Army get inked

Remember Bendy? Come on, we all know Bendy! The loveable cartoon from the past who's now trying to kill one of his creators! No? Oh, well Bendy and the Ink machine remembers, and it looks bloody terrifying.

Sound good? Then go join the App Army! And come right back to read the reviews of Bendy and the Ink Machine! 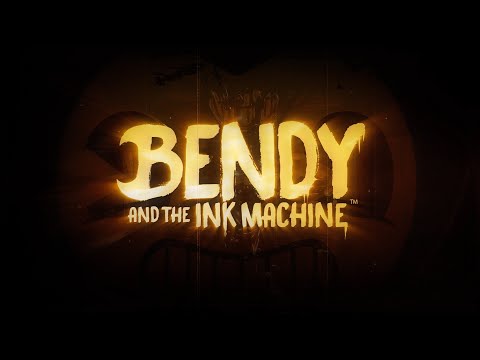 My first thoughts on watching the trailer for Bendy PC on the Steam page is that it looks like Bioshock, my second thought was that it was going to port like Bioshock. Looking at the minimum system requirements confirmed that it would be stripped down considerably to run on mobile devices and my device in particular.

The game took its stripdown gracefully, keeping relatively sharp textures, the polygon-esque cartoony aesthetic really serves it well. The loss is seen more in the absence of dynamic lights and shadows, something that really makes the atmosphere in this genre. The result is a loss of atmosphere that I think Bendy relies a little too heavily on.

Nonetheless I was impressed with the port until the pace picked up and I hit a major issue, when there are enemies on screen the frame rate drops to chops, a jump scare becomes a chaotic series over-corrections as I try and navigate survival through the lag.

The monsters I have encountered so far are not particularly challenging, a swing of the axe dispels them, that is if you can land a blow. There is also a fair deal of backtracking at every puzzle. The atmosphere is created by letting you travel through a seemingly safe environment until you hit a puzzle, you then have to backtrack territory that changes on you in spooky ways, as shadowy figures with incredible mobility mess with you and attempt to hamper your progress.

In this way Bendy reminds me a little bit of an immersive House of Horrors, where things get a little bit too real every now and then.

It is not Bioshock, but it is a fun romp, though there will need to be serious optimizations if this experience is to be enjoyable on 1GB devices.

I’ve gotten through chapter 3 out of 5 (around 7 hours of gameplay) so it might change in the last 2 chapters.

You start off jumping right into the game and there really isn't any instructions, but you don’t really need them. You basically run around in a sepia-tone cartoon office building collecting items and bringing them back to accomplish a task.

The dark art cartoon style is nice at first but after a while it starts to drain on you. It’s sort of the same throughout the chapters I played and a little too dark for my taste. There is some combat that wasn’t very hard or really that exciting. Also some hiding from the big mob while gathering items. I wasn’t ever scared, shocked or jumped out of my chair so I’m not sure where the terrifying part was.

The story was interesting but, sort of like the art style, it started to bore me. The game runs smoothly on my iPad - I didn’t notice any stutters or lag.

Overall for an adventure/action game I guess it’s OK, but I was expecting/hoping for something a little better. It just seems sort of basic and in need of some more features. There was a lot of go here, go there, go back to here, go back to there. Rinse. Repeat.

I never played it on computer or saw a let’s play of this game, so I wasn’t prepared at all when I entered this game.

When I entered the game I was already a bit frightened by the music in the menu (it’s my first time playing a horror game). It was very scary for me in the beginning but It was getting boring the more time I invested. Not because it wasn’t scary. It was because the jump scares were always the same and the fights are just too easy.

The story was very interesting and I still want to get answers for all those questions popping up in my head and they will surely bother me another month or even longer. The gameplay was very smooth and I couldn't find any bugs.

Only issue: when looking at some big places, in the elevator (sometimes) or when fighting (every time) the game performance dropped massively. Not that extreme, but a big problem (extremely bothering when fighting machine boss in chapter four). I think it would even more lag when fighting with the tommy gun (I couldn’t fight with it but I was curious if you could use it, so I googled).

Another big problem I really hated: it was really difficult to scroll down when wanting to read the voicemail. Sometimes you couldn’t even do that.

Conclusion: Once those devs have fixed these listed problems, I will gladly buy this game, although I have played it through, because it is worthy and I want those devs to make more terrifying and terrific games like this.

I’m not quite sure what to make of this game. I often judge a game by how much it draws me back into playing it. Having spent a while wandering around the corridors and picking up cans, I can’t say that It has enticed me into continuing with the story line.

I like the art style (although it does appear quite dark at times) and how they keep it very similar throughout the game but that's about where it stops for me. There is an aspect of "horror" to the game but I never felt scared. This might be something better played with headphones to create the atmosphere.

I felt like I spent too much time wandering around and picking up items to engage me.

I started off this game with a feeling of frustration at what seemed very little lead-in to the story, so not knowing why I was there as well as very little direction as to what I was doing. But I soon got the idea and started to enjoy the artistry enough to stick it out.

Then I began to see creepy things here and there and began to make enough progress in finding the right objects to put in the right places that I decided to stick it out. A short time later I’d managed to refill the ink machine and get it running. And that’s when things got interesting.

I won’t spoil too much but when the action kicks in, it’s interesting and different enough that the payoff for the first chapter was worth the sometimes tedious work and exploring. I’m not usually a fan of horror games or the simplified/retro graphics, but both are used to to great effect here, giving me a sufficiently unique gaming experience to make me want to continue. Easy recommendation.

I think it's a great game. The plot really has a lot of potential that probably needed more care in the introduction. The graphics is another plus point. In my opinion, in some moments advice should be included on how to move forward or where to go. Even the fights are not well-balanced.

However, as already stated, the main story has great potential and I personally recommend playing it.

0/5
Next Up :
Definitive Apple Arcade games list - Every available title so far