Originally remastered and released on Steam early last year, Battlezone 98 Redux is a sci-fi strategy game where you're thrown into an alternate history version of the 1960s where the 'space race' is just a cover for an interplanetary war between the USA and Soviet Russia over mysterious alien bio-metal.

In Odyssey Edition you'll get both the base game and The Red Odyssey expansion. Here, you'll get four single player campaigns set across 48 mission and eight planetary environments, re-modelled, high-polygon vehicles, buildings and terrain, and upgraded lighting/shadow, and particle effects.

The PC/Mac Odyssey Edition is a little different, but keep in mind that on the iPad the 'Mod' support isn't available and there's no 'Strategy' multiplayer game mode. 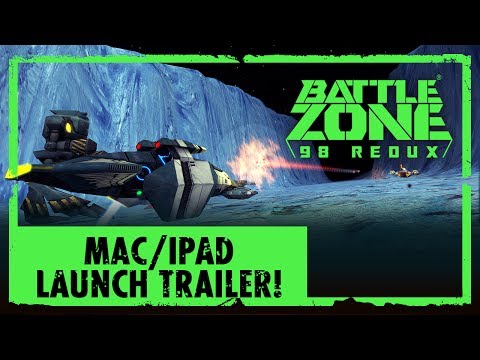