Battlepalooza is a new battle royale from nWay which uses real world cities as a front for the deadly matches that take place there. It’s out today on iOS and Android.

The title is presented as a digital game show where players from across the globe compete for prizes. Each match pits 25 players together as they fight for dominance in a free for all, but there are also options for team game modes such as Duos and Trios. Multiplayer utilises a drop-in system, meaning it’s quick and seamless to get into matches, which sounds like a big change from your typical battle royale experience. 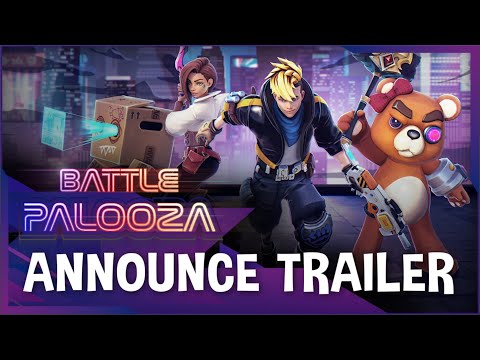 It’s played from a top-down perspective which helps the game use its unique real world maps, which is developed in partnership with Google’s Real World Games team and makes use of the many functions of Google Maps to turn familiar locations into battle arenas. There are currently only two cities featured right now; Las Vegas and San Francisco, but more are coming in future updates.

Battlepalooza relies heavily on strategy, skill and luck to win, so it’s worth practicing your play as much as possible if you want to win. It also uses systems from other genres such as RPG loadouts and the mid-match progression systems found in MOBAs.

“Battle royales are competitive and the multiplayer action is unpredictable, making it one of the most engaging and replayable genres,” said Taehook Kim from nWay. “However, they aren’t for everyone. If you don’t have a high level of shooting game experience, skills, and reflexes, you don’t have much of a chance at winning. That’s not fun. That’s why we made a fun battle royale game for the rest of us.”

Grab Battlepalooza from the iOS App Store or Google Play for Android. It’s a free to play title with in-app purchases.

Here are some more battle royale games to check out on Android.
Next Up :
Pokemon Go's 6th Anniversary Event Ultra Unlocks are now available