Mecha Weka has released its 2D real-time strategy game Battlecruisers into the wild after the team released a demo last October. It’s out now for iOS iPad and Android tablets.

Battlecruisers is developed by two creators, both hail from New Zealand but the game was created internationally as one of the team lives in the US, and in it you command your own battleship on the ocean as you attack and defend from another player who is also controlling their own ship.

You’ll be attacked by frigates, destroyers and bombers sent by the other player so you must build up your defences using items like shields and boosters. You can also use some extra power to increase your production speed and launch an offensive arsenal of your own using units such as fighters, attack boats, and gunships.

Alternatively, there are more powerful choices of weapons too such as nuclear rockets, long-range artillery, and even death star satellites. These are referred to as experimental ultra weapons and are the deadliest armaments in the game, so be sure to take extreme caution when handling them. 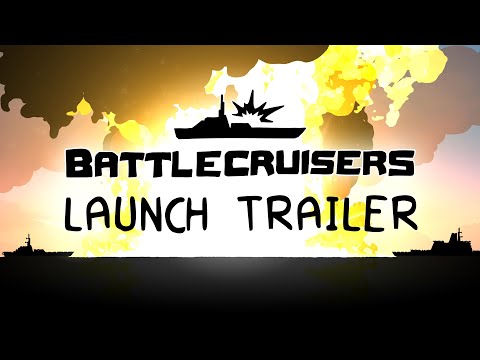 Check out the trailer we’ve embedded here to see some gameplay for Battlecruisers.

You can learn about the development behind the game at the official website, which provides more information on the creation process and highlights some of the problems Mecha Weka encounters during the path to release. It’s worth a read in my opinion.

Battlecruisers has launched today on the iOS App Store and Google Play for Android as a free to play title with paid DLC coming later. This is the opposite of the PC version, which has a $5.99 price tag - though it's discounted to $4.79 at launch - and will get free DLC after launch. Previously, the game had been available as a beta on mobile.

If you enjoy playing strategy games, be sure to check out our list detailing the best ones on iOS.
Next Up :
Text adventure Serania – Path of the Scion is out now on iOS and Android