Hopefully worth the wait?

As I'm sure some of you are aware, the upcoming JRPG Battle Chasers: Nightwar is set to launch on consoles and PC on October 3rd. However,it's bad news for Switch owners as that version has been delayed. 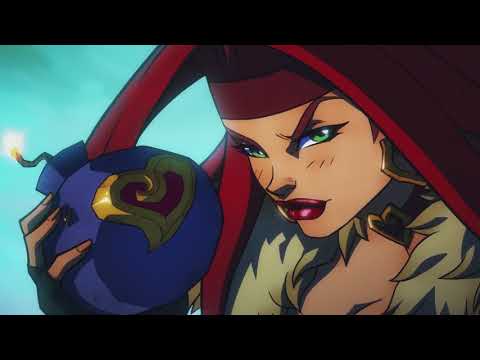 Subscribe to Pocket Gamer on
Battle Chasers: Nightwar is a classics-inspired RPG with tactical turn-based combat and deep-diving presented in a JRPG format. Starting off in the desolate town of Harm's Way, you'll have to prepare for an adventure before setting off across the overworld. Here you'll be able to raid dungeons, explore the many areas, and take on some crazy foes and bosses.

As mentioned in the game's Kickstarter updates, it's two weeks from when the game should be out on Xbox One, PlayStation 4, Steam, Mac, and Switch. As the post says:

"As of now, the Switch version is delayed and we're not quite sure till when. We're waiting on some updates to Unity that we'll need before we can comfortably promise a release date for the game. We know this is a hotly anticipated version of Nightwar, so we don't take such delays lightly, but our #1 priority is making sure the version we release performs up to expected standards. Once we have a reliable date we can promise, you'll be the first to know. We don't expect this delay to be significant, but it's a bit of an unknown."

If you've back the campaign and picked the Switch as your platform, you can apparently still change it to another one if you don't want to wait. Check out the full post here.