We wish you a scurvy Christmas 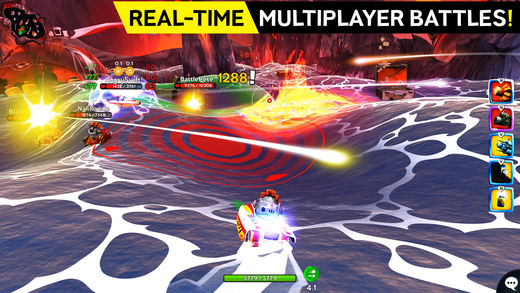 Rovio took an about turn this year and boldly released Battle Bay, a multiplayer ship battler that was completely unaffiliated with Angry Birds.

And it totally paid off. Battle Bay is the best Rovio release in years, providing addictive and well balanced swashbuckling battles on the open seas.

At review, we gave Battle Bay a Gold Award and described it as "A fine, multilayered competitive shooter set on the high seas".

The App Army is Pocket Gamer's very own community of mobile game experts. Each week, we provide them with a bunch of free codes and early access to the hottest upcoming games so they can provide their thoughts in features like this. We also host regular community-driven events with them in mind like tournaments, giveaways, and multiplayer evenings. To join, simply follow this link to the page on Facebook.
Next Up :
Definitive Apple Arcade games list - Every available title so far