BAFL: Brakes are for Losers Switch review - But is the game for losers?

Switch
| BAFL: Brakes are for Losers

There's a challenge mode found in this bizarre racer; I think it's supposed to improve skills needed for the main championship. The challenges certainly live up their name, but I can't see how they are meant to help.

The challenges come in two forms, time attack, where you'll speed around the tracks as fast as possible, and perfect laps, where, as the name suggests, you have to drive a perfect lap.

The latter is a lot harder than the former, since the premise of the game is to drive fast and never use the brakes. In fact, the cars don't have brakes. They have a horn - surely only for comedic purposes - and they have a nitro button.

In order to race a perfect lap, you cannot touch the walls of the track for a specific number of metres. Doing so rewards you with chequered flags which open up more tracks where you can play similar challenges. 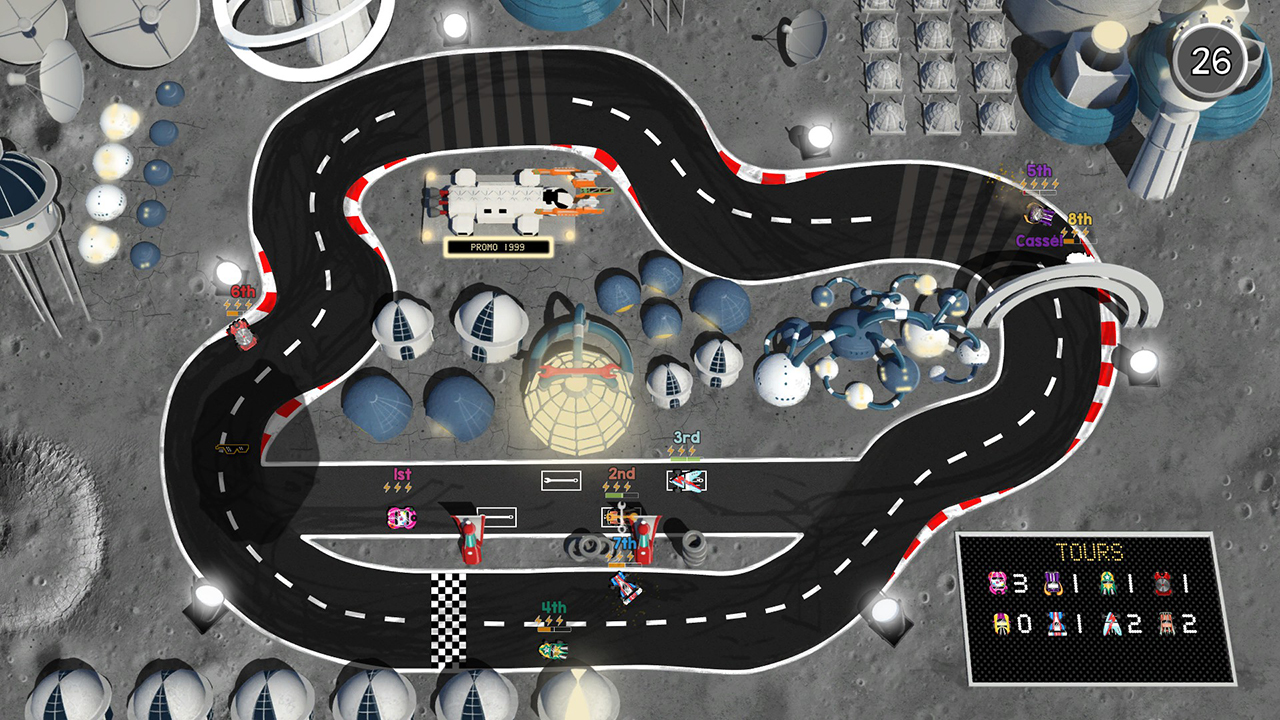 The concept is solid because it gives you the chance to drive hell for leather and only rely on drifting skills to take on corners both tight and wide. Grazing a wall causes damage while slowing down acceleration.

Both of these are not good, obviously. These two forms of challenge would be wonderful if the handling of the cars were just right, but they often feel as if they're sliding on ice - which is less helpful when a later track is actually made of ice.

Each of the cars - all the same bar cosmetic changes - fishtail wildly around while you try to find the perfect line. Driving for 1900 metres without a bump raises the chance of a flag, but nudge the car just once and the distance is reset. It's infuriating.

Of course, this fury all depends on your skill. You might be a terrific driver, in which case you can have fun collecting flags and unlocking new tracks. However the fun soon ends when you realise that's all the flags do. 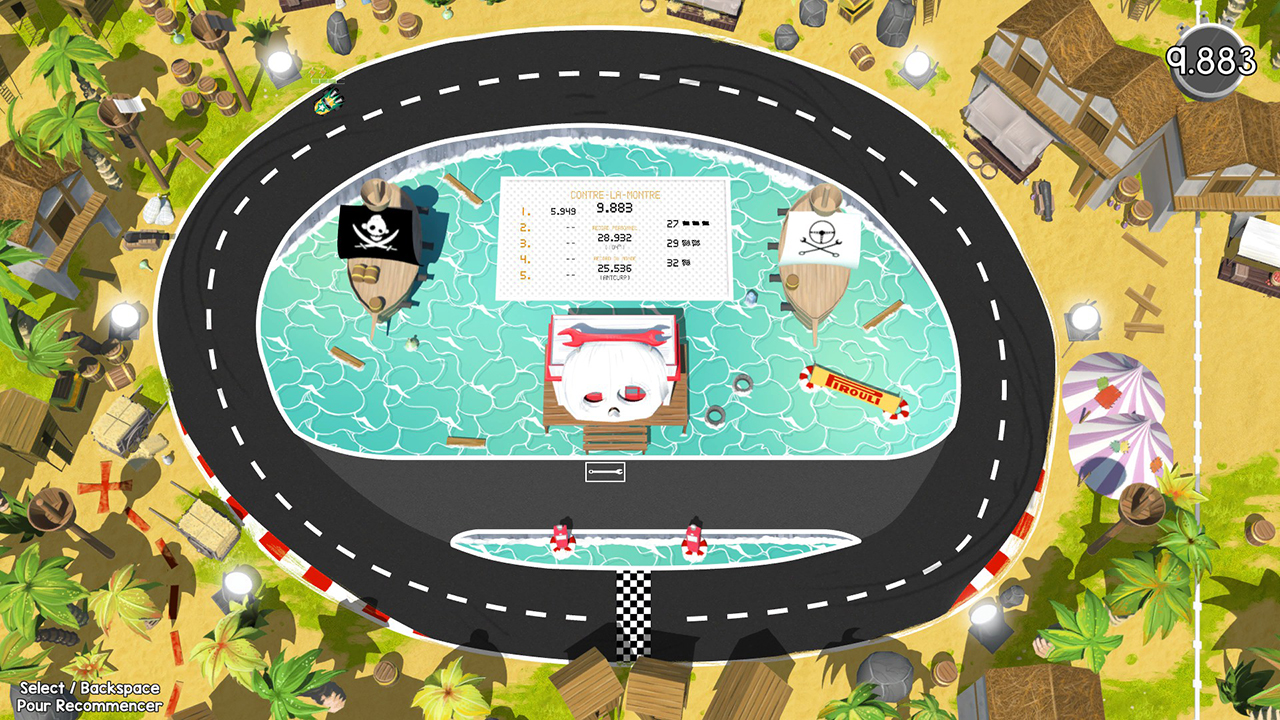 There's no customisation, no tweaking of the performance of the cars. This is a sticking point because in championship mode, you earn coins which allows upgrading of tyres, engine, handling. You can also boost repair speed for the pit stops, or add armour to the car.

So when you're using your car in challenge mode it will never perform the same way as in the championship, because you're forever boosting stats - which are then reset at the end of the quest for the cup. It makes practice completely pointless.

On top of this, when racing for a championship you'll compete against other cars who range in skill wildly. Some find the perfect line, others spin out and drive the wrong way for a period of time. Your placing generally depends less on how you perform and more on how they do.

The races aren't just the standard format of placing in the top three, either. Each race lasts sixty seconds, meaning not only staying ahead of rivals, but completing more laps than them, too. By the way, there are ten races in the cup. 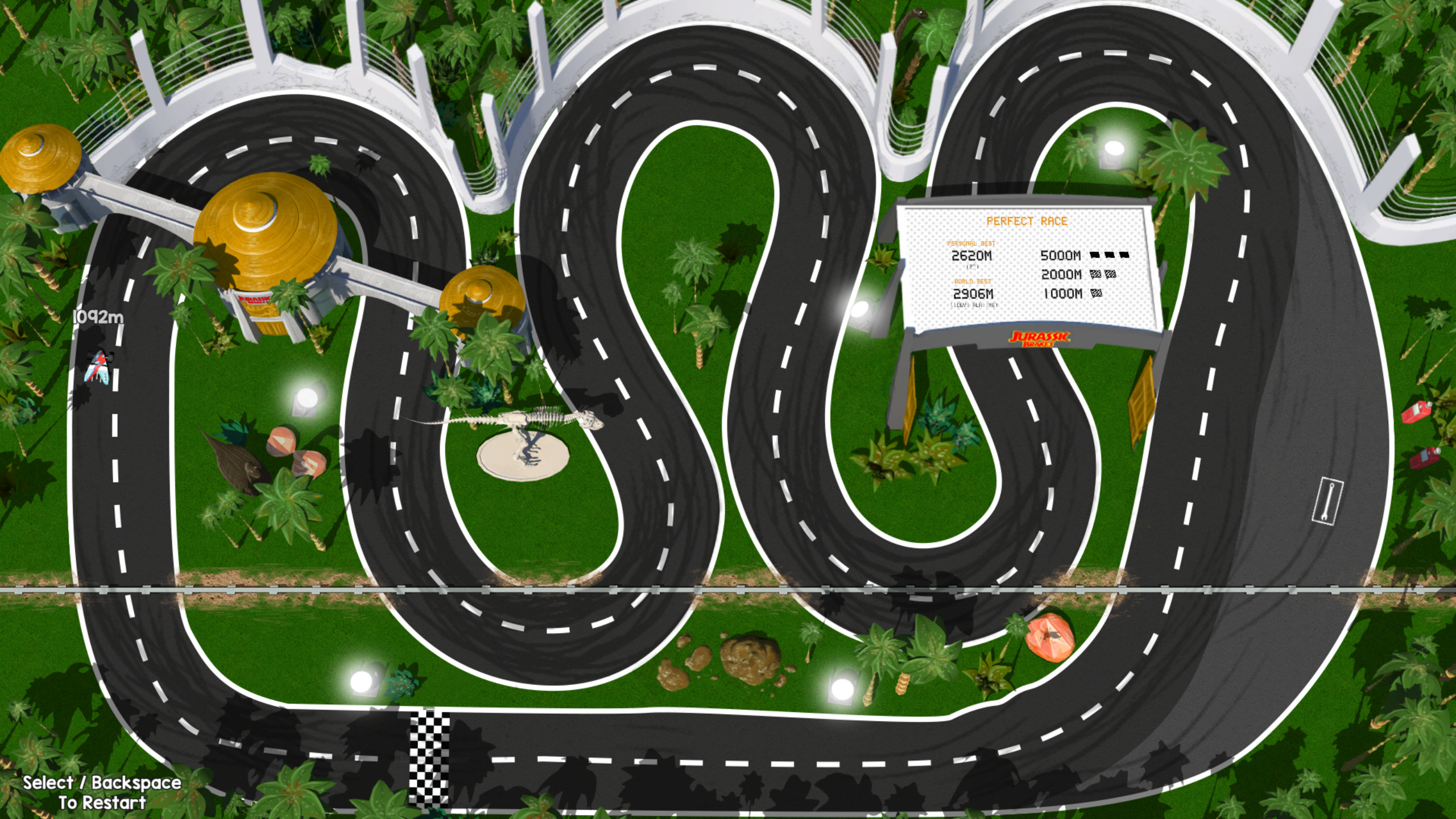 What happens if you win the cup? Nothing, to be honest. All the cars end up in a weird oval showground where you can crash into each other for no reason, or trigger a rematch.

In an attempt to spice up the racing, weapons and power ups are randomly scattered around the tracks. Driving over them activates them instantly - this could freeze other cars, reverse the steering (much more fun with friends), drop oil or slow them to a crawl, depending on the pick-up.

Had these power ups been used in a more traditional fashion - activating them as you see fit - it would make the races a lot more interesting, bringing in tactics. This is especially noticeable when playing with friends. 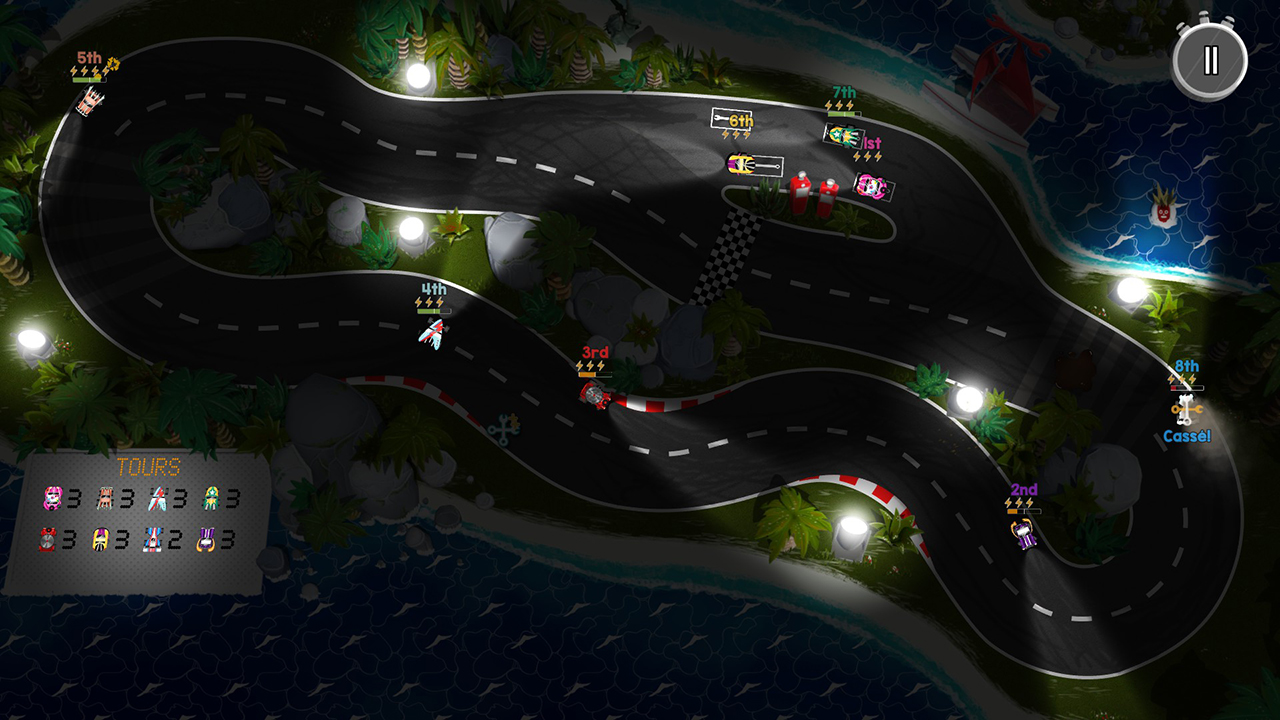 The biggest problem, however, comes from the view used to race. It's a top down racer, but the cars are tiny. When playing in handheld it's easy to strain your eyes searching for your car among the chaos.

Away from the championship and challenges you can set up custom races for a party of friends offline, using your own rulesets. Or you can jump into a quick race, where the game chooses a random track.

In the overworld map, which acts like a garage or training complex, you steer the car into roads to choose which mode you want; there's one such road that displays the credits for the game on a track.

You can drive around this, crashing into the words and sending them hither and thither across the tarmac. This is immediately more fun than anything else found in Brakes are for Losers, which says quite a lot.

BAFL: Brakes are for Losers Switch review - But is the game for losers?

Brakes are for Losers has some nice ideas, but the package is one that's going to leave you frustrated more often than not
Next Up :
Xiaomi 11T Pro review - "Pro in name, pro in nature"