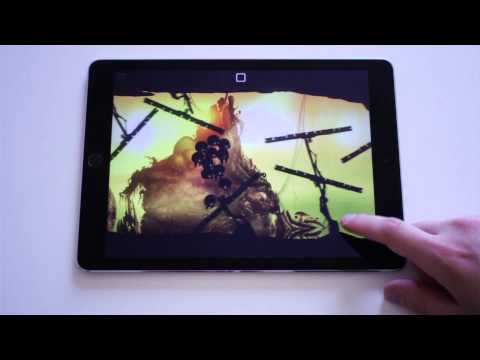 You'll soon be able to make your own challenges for fluttering auto-runner Badland, thanks to an upcoming level editor. And some lucky players can access a beta right now.

You'll be able to place, scale, and rotate elements, and have them power contraptions to make puzzles. You can make mini-games, or put the Clony in a car. It's "versatile, powerful and still very easy to use" says Frogmind.

It's actually a streamlined version of the level editor that the developer used to make the official levels for the game. And, as such, you can open any stage from the game in the level editor and see how it works, or edit it. 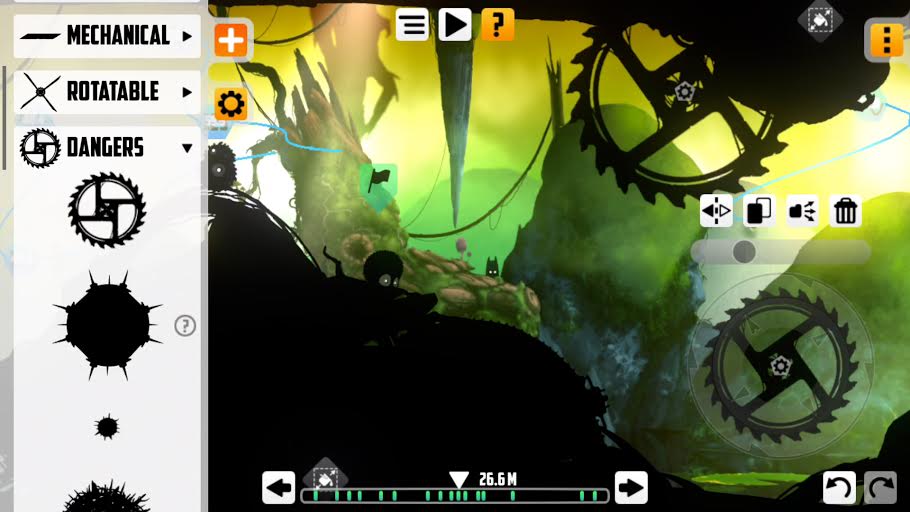 You can then publish your hand-made stage to the world (you just need to complete it once to prove its possible). User-made levels will be rated by other players, so you can quickly find high-quality stages to play.

Plus, each week Frogmind will pick one level to become part of the game itself, as one section of final, ever-evolving day called 'Eternal Day'. That level will be featured in the main menu for all players.

The developer is inviting interested players to join the beta and get started making levels from today. There's also a forum with how-to-videos and other useful stuff.

"We’ll choose the best three user made levels just before the launch, feature those levels in the launch and give their makers some Badland swag. The winning level will become the first official level of the Eternal Day".

Frogmind says the level editor is coming to iPhone and iPad first. It plans to bring it to Android in the future, but can't announce a date.