Step inside (Updated: It's now out on Google Play) 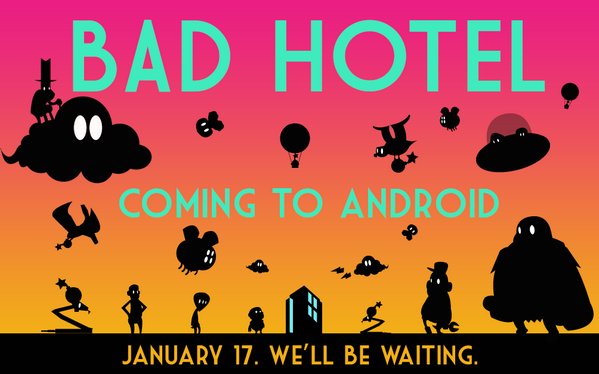 Lucky Frame has revealed on Twitter that its Silver Award-winning musical tower defence game Bad Hotel will be going live on Google Play on January 17th.

In our review of the iOS version of the game, we said: "With its clever gimmick, smart design, and charming sense of style, Bad Hotel is a fine addition to the tower defence genre."