Out at midnight: Atomic+'s bullet-dodging arcade action will definitely make you dizzy

With Atomic+, Amidos Games retains the minimalist 'feel' of its free puzzler Match A Number.

Atomic+, however, will make you dizzy via its fast-paced gameplay and energetic music.

Your focus needs to be on the highlighted white circle in Atomic+, for it's around this that your smaller circle spins at speed.

When you touch the screen, the radius of your circle's orbit will swell in size. When you let go, it shrinks down to its smallest form.

So, when the squares appear around the multi-tiered playing space, you need to ensure that your circle collides with them. To collect points, you have to increase and shrink the radius of its orbit.

While doing this, you'll need to dodge the bullets being fired from the centre. If you get hit too many times by the bullets, then your session will end and your high score will be recorded. 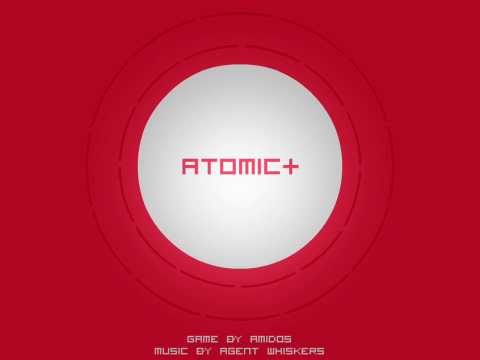 There are Normal and Hardcore modes to conquer in Atomic+. There are also three different touch control options, just in case one of them suits you more.

Atomic+ will be available on the UK and US App Stores at midnight. You'll be able to pick it up for the special introductory price of 69p / 99c until the end of the year.