Tilting Point, AN Games, and MGM have once again teamed up to bring popular sci-fi franchise Stargate to Astrokings fans across the galaxy. The strategy MMO welcomes back the iconic characters and ships from Stargate, along with a brand new narrative of interstellar proportions.

Astrokings is kicking things up a notch by adding Stargate elements into the real-time strategy massively multiplayer mobile game for a limited time only. The month-long collab will feature exciting daily and weekly quests, as well as shine the spotlight on the tenth and final season of Stargate SG-1. Players can expect the return of Samantha Carter, Daniel Jackson, and Teal’C, along with an engaging storyline penned by New York Times and internationally bestselling authors Amie Kaufman and Jay Kristoff. 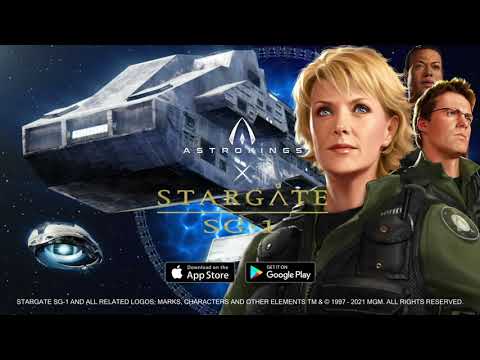 Players can also expect to see new uniforms based on Stargate SG-1 Season 10, plus classic flagships and an Ori spaceship. Since Astrokings lets players traverse the great cosmic unknown through thrilling battles on the road to becoming the absolute galactic imperator, hit sci-fi IP Stargate will undoubtedly fit right into the lore of the game. Being the cultural phenomenon that it is, Stargate has been quenching the thirst of sci-fi aficionados for 30 years, with more than 56 million Stargate DVDs sold.

If you’re eager to grab a piece of the pie for yourself, you can download Astrokings on the iOS App Store or on the Google Play Store. It’s a free-to-play game with in-app purchases. You can also have a look at the embedded teaser trailer above to get a glimpse of the limited-time event.

Are you on the hunt for more strategy titles on your phone that’ll hone the tactician in you? Why not take a gander at our list of the top 25 best strategy games for Android phones and tablets in 2021?