Assassin's Creed Rebellion recently attempted to sneak into soft launch on the Phillipines App Store. We've rumbled it, though, and now we're squaring up to the game in the cold light of day.

Having come face to face with this tricky customer over a couple of hours, I'm a little surprised by the form it's taken.

What's this - a super-deformed Ezio looking like a cast-off from Final Fantasy IX? I'm not a massive follower of the series, but I'm pretty sure Assassin's Creed was never cute.

This isn't your typical parkour-and-stealth action game, either. Rather it's a set of side-on room-by-room encounters, with each potential action - be it a series of agile wall jumps, a gruesome stealth kill, or a light-fingered loot grab - mapped out for each member of your three-strong party ahead of entry. 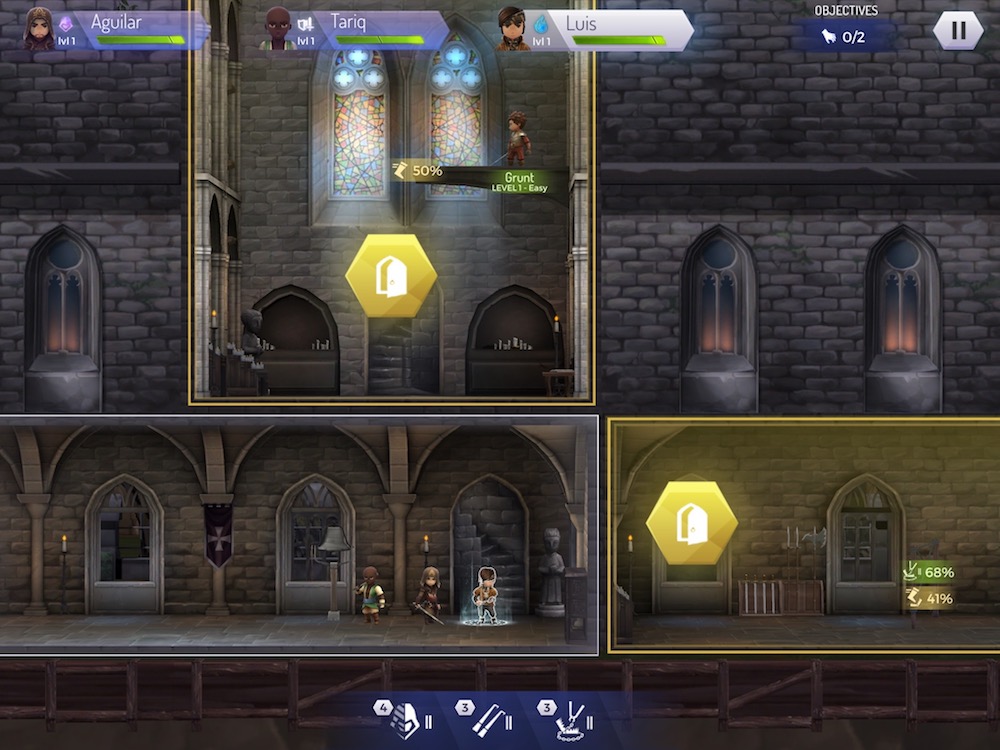 Only certain moves are open to each character, reflecting their unique abilities, and each move is given a percentage according to the degree of difficulty and the level of the character. Executing those moves is as simply as tapping them - there's no direct control whatsoever.

I found these encounters quite entertaining, though it swiftly became apparent to me that they amounted to little more than a string of branching dice rolls.

Your primary character here is Aguilar de Nerha, the nimble assassin played by Michael Fassbender in the recent Assassin's Creed movie, but there are a whole bunch of assassins to unlock and use within the game.

Indeed, this forms the familiar freemium drive of the game - unlocking fresh recruits and spending time and resources to level them up.

In between story and optional side missions (essential for gathering those aforementioned resources), you'll upgrade your HQ, building training and intel rooms to improve your chances. Naturally these improvements are all placed on increasing timers, which you can shortcut using the game's premium Helix Credits. 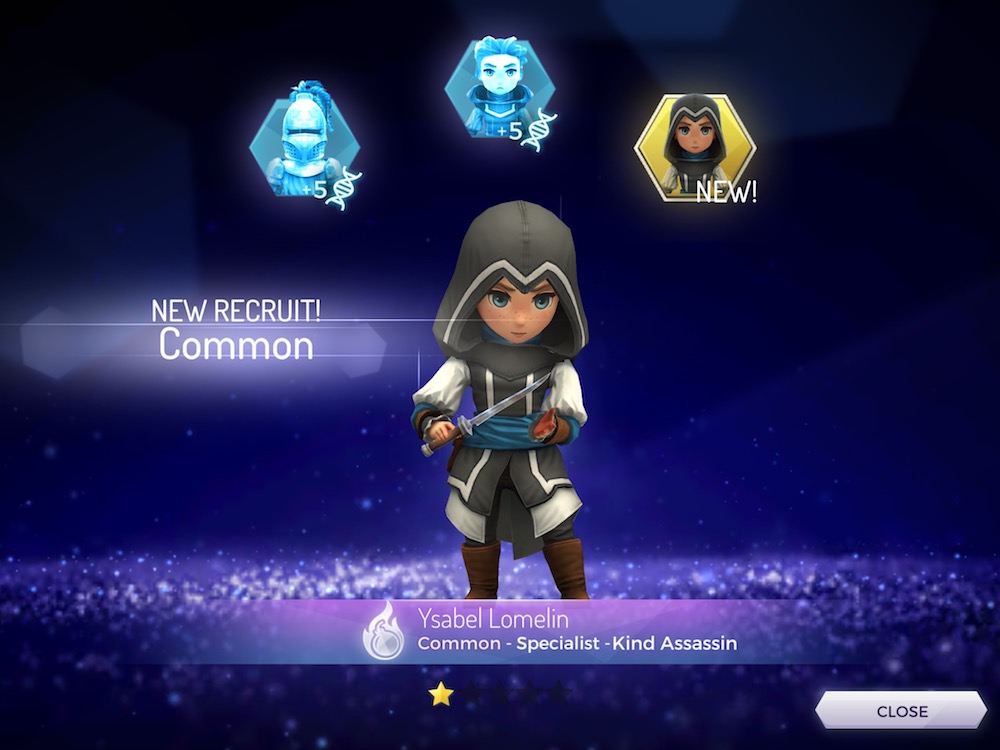 I should note that I'm finding the game's chosen tone a little jarring - it's oddly disconcerting seeing a sweet JRPG-like character repeatedly shivving a guard in the guts, or implanting an axe into their head.

All in all, though, I found the opening spell of this early build of Assassin's Creed Rebellion mildly entertaining. Can I foresee that positive feeling being maintained over a longer period? You may as well roll the dice on that one.