Smash Legends is currently celebrating its six-month anniversary with a number of rewards and events for all players. They have introduced a new archer called Robin and have given away tonnes of gifts to players to celebrate half a year of awesome PvP multiplayer action between mobile and PC gamers.

But now, LINE Games Corporation has another reason to celebrate. They have announced that the game - which was developed by 5minilab - has crossed over five million downloads worldwide! A huge feat for the game considering it only launched in mid-April. But five months later, the game has crossed the five million barrier. Kudos to the developer and publisher.

Smash Legends has also been quite consistent in terms of constantly adding new content for players to try out alongside having lots of events. The half-year anniversary celebration also features so much. The game has consistently maintained an average rating of 4.0 on both the iOS App Store and Google Play Store. 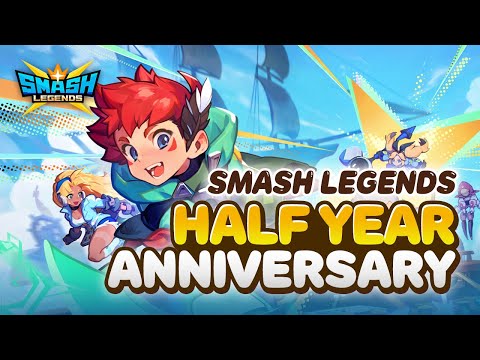 LINE Games also rewards its players consistently. So, to celebrate five million downloads, LINE is giving all players 500 Coins and a Special Five Million Download Celebratory box. To get it, just log in for seven days from today until September 24th, and the rewards are yours.

Also, don’t forget to enjoy the ongoing half-year celebration coupled with this new milestone celebration. 100 Gems and 100 Arena Keys are being sent to players via mail. For this month, every Friday, Saturday, and Sunday, players will also receive 100 Key Doublers. A new 2v2 battle called Duo Deathmatch has also been added, which will feature a new weapon introduced in the game called Magnet Bomb.

Download SMASH LEGENDS for free on the iOS App Store and Google Play Store to receive your gifts.

Also check out some pf these multiplayer games to play on your mobile!