Playdigious has just announced that Sparklite, the action-adventure roguelite game, is coming to mobile on November 9th. Players have stepped into the land of Geodia on PC and on consoles before, but now, you can gear up to face the Baron by downloading the game on the App Store or on Google Play for $6.99.

Sparklite fans can now pre-order the game for a special 30% off discount, and Android players can try the game for free until the first boss. The top-down action title lets you take advantage of a wide range of weapons and gadgets to beat opponents, as well as a full arsenal of awesome gear to help you survive the procedurally generated dungeons of the pixel art world. 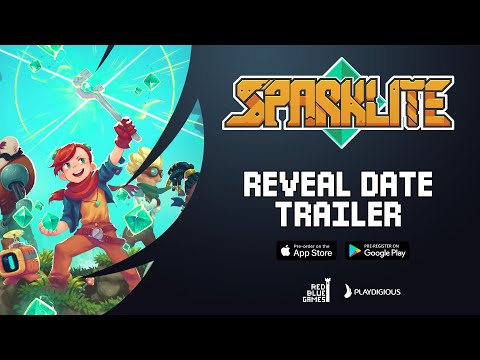 The adorable art and graphics (plus the original soundtrack by composer Dale North) add to the overall charm of the game, as you fight against the Baron to take down the evil mining industry using the power of Sparklite in Geodia. You can also befriend locals, build The Refuge, and solve puzzles to become stronger. The visual aesthetics definitely have a very retro vibe, which adds a hint of nostalgia as you play along. You can check out the embedded clip above to get a feel of the gameplay.

If you’re eager to stay in-the-know on all of the latest developments about the game, you can sign up for the newsletter for all the juiciest updates. You can also join the community of fans over on the official social media channels on Facebook and Twitter to be at the forefront of all the latest news, or join the discussion on Discord for more.

Are you looking for more randomly generated dungeons you can try over and over again on your phone? Why not have a look at our list of the top 25 best roguelikes and roguelites for iPhone and iPad (iOS)?

Murders on Budapest lets you step into the shoes of a detective, available now for iOS and Android

Murders on Budapest lets you step into the shoes of a detective, available now for iOS and Android