A3: STILL ALIVE introduces a new Fortress Battle mode and other rewarding events!

A3: Still Alive has received a new mode called Fortress Battles, which will be available from August 28th. Fortress Battles has been described as a new “Server-integrated Guild Battle”.

The mode will be a 150-man skirmish where players will be divided into three 50 player guilds. It’s a simple conquer and defend type gameplay where one guild defends while two guilds attack the defender. Check out the new trailer below to see gameplay from the mode. 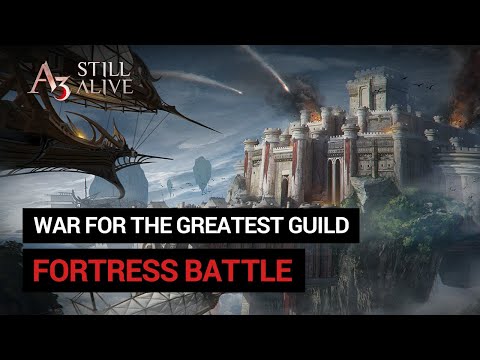 To prepare for this server war, you can ready yourself up this week with the Weapon/Equipment Mythical Awakening which will allow you to upgrade your over level 180 Legendary Set Equipment to Mythical Set Equipment. Finish the entire set and get a new range of substats with more boosts.

Another new person event dungeon is also currently ongoing until September 9th. The Rat Thief Nest and its final boss, the Rat Thief Captain Rattling, are available to take on and you can use rewards earned here for awakening Soul Linkers to the Mystic level. Rewards earned also scale up with the difficulty.

There are also multiple other events that you can currently take part in:

All of these events will be active until the 9th of September.

Download A3: Still Alive for free on the iOS App Store and Google Play Store.

Check out some of our favorite multiplayer games to play on mobile!

Want more? Check out our 14 other A3: Still Alive news stories!