First of all, could you introduce yourself and the company you are from?

My name is Arjun Rao, I'm the Director of Game Design at Bit Fry Game Studios. We're a fast-growing studio with a wide range of talent, both new and old. We're creating tight, fast-paced arcade sports gameplay in the Ultimate Rivals franchise. We released our NHL-licensed arcade hockey game, Ultimate Rivals: The Rink, at the end of 2019. Since then we have been hard at work on our NBA-licensed arcade basketball game, Ultimate Rivals: The Court, which releases 7/9 on Apple Arcade before expanding out to other platforms later this year.

How did you find working with the Apple Arcade ecosystem?

We're grateful for the opportunity Apple has given us in our Apple Arcade partnership. Apple has been a strong supporter of our vision to bring console-quality sports games to the mobile market - they've been in our corner rooting for us since day one. We were lucky to find a partner with whom we could fulfill the vision of Ultimate Rivals without compromise. 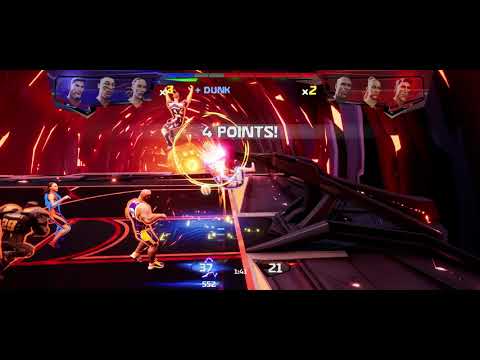 In terms of development, being on Apple Arcade is similar to releasing on the App Store proper. A key difference exists in the sheer number of Apple Arcade-supported device types and platforms which include models across iPhone, iPad, AppleTV, Mac, and even iPod Touch. That means a wide range of display aspect ratios, input types, and CPU/GPU performance profiles to support.

How do you think that subscription services like Apple Arcade and Google Play Pass have changed the mobile gaming landscape?

I think these business models have been slower to affect the mobile space than the console/PC space (Xbox Game Pass, for example) mainly because there has been a low barrier of entry on mobile ever since free-to-play became popular. The value proposition on console is immediately obvious when you consider the typical console game costs $60 - $70. Apple Arcade offers two main types of game - more traditional mobile games free of any microtransactions or ads, and games like Ultimate Rivals which provide a console-like experience.

I think it remains to be seen which direction will be predominant on Apple Arcade, but the designer in me will be satisfied either way because it beats the hell out of games whose design is directed by microtransactions. As the mobile audience continues to grow from casual to core (as seen in the success of games like Wild Rift, Call of Duty Mobile, etc.) services like Arcade will be there to welcome them.

Tell us about your game and what you believe makes it a must-play on Apple Arcade?

Ultimate Rivals: The Court has something for everybody. For the sports fans, we have our electric arcade basketball gameplay featuring a mashup of over 140 real-world athletes from NBA, WNBA, NHL, MLB, NFL, and USWNT. For fans of fighting games, we have per-sport Ultimate Abilities and movesets each with their own nuances, and a Training Mode to study them in. Casual players can enjoy completing Challenges and earning rewards across a range of difficulty settings, and core/hardcore players can test their skills in online multiplayer modes.

Do you worry about discovery on a service with 100 plus games?

Actually no, not really. When you compare the Apple Arcade catalog against the flood of games on other platforms (like App Store and Steam) then 100+ games really isn't that many. For that reason, we're very fortunate to be on a curated platform like Apple Arcade. More importantly, The Court has standout visuals to attract the crowd, and the gameplay is quite distinct from a lot of the linear, narrative-focused games available on Arcade.

Ultimate Rivals: The Court is available now over on Apple Arcade, a subscription service that costs $4.99 per month. For more information on other games in its extensive library, check out our dedicated hub page.

Enjoy sports games? Here are 25 of the best available for iPhone and iPad

The Pegasus Dream Tour is holding an exciting virtual concert to spread positivity, so get your Pen Pineapple Apple Pens ready