Return of the "ping" on mobile

Clap Hanz Golf made its way to Apple Arcade a little while ago, adding to the service's growing list of sports games. It's a golf game that is quite different from most that you've played on mobile. Although, the name "Clap Hanz" might sound familiar to you.

Yup, that's the same developer that created the iconic Everybody's Golf (Hot Shots Golf in the United States) series. Those games have been exclusive to PlayStation console for over 20 years so this version is a bit of a historical one as it's the first to be on a platform outside of PlayStation.

And with the fact that's on iOS is truly an indication of how big the mobile gaming industry continues to get. It's the first golf game to hit the Apple Arcade too, so the service now features almost every major sport. But, if you're interested in a bit of nostalgia, then here are a few things to know about Clap Hanz Golf. 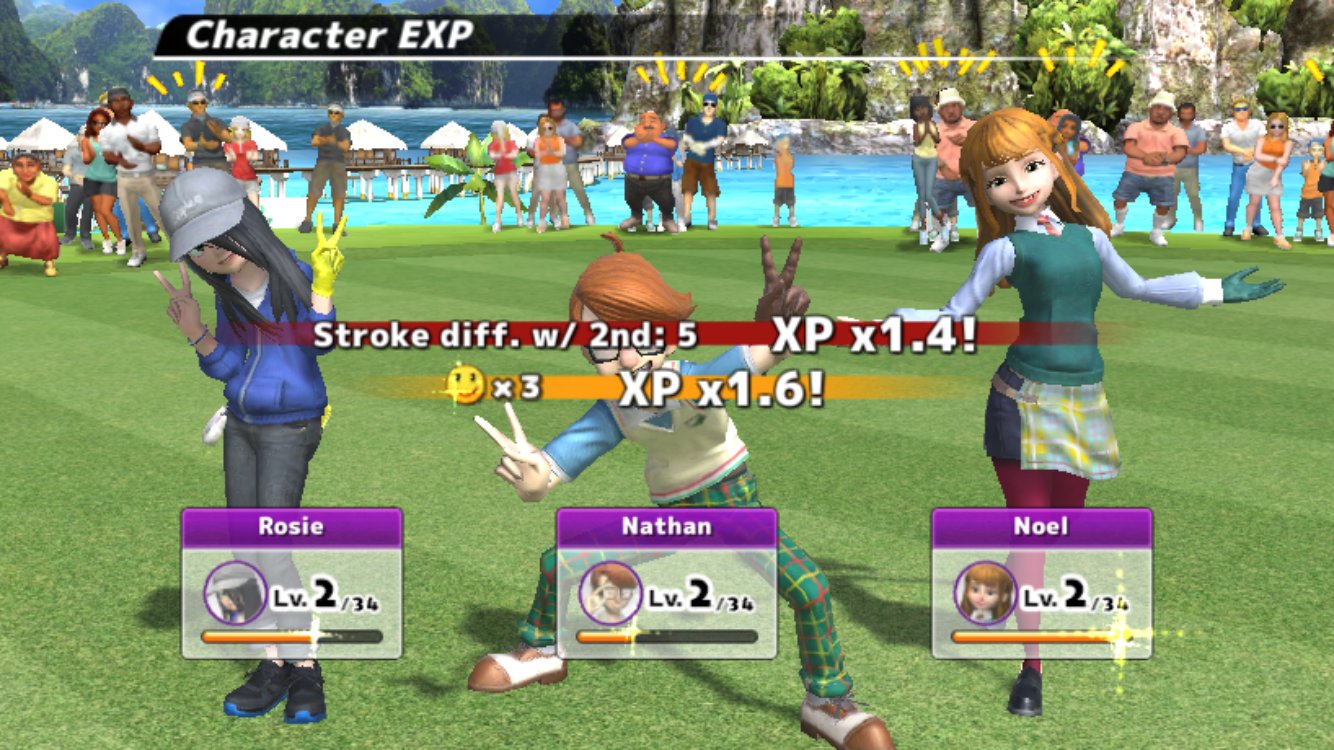 So, we mentioned that Clap Hanz Golf is essentially the mobile version of Everybody's Golf, PlayStation's longtime golf series. A signature aspect of the series has always been its wacky, interesting characters, cartoonish graphics, and unique blend of arcade and authentic golf gameplay.

This style of play is almost exactly the same in Clap Hanz Golf. This is good if you're a gamer who is familiar with the series and its gameplay. It'll take fans back a bit to older games, featuring its own set of wacky characters and great golf courses.

The only thing is that the characters don't talk, but their mannerisms and all are intact nicely. Caddies do however talk a little bit. And that's another return, a popular feature is having caddies, each with their own unique personas and backgrounds, just like the players. One huge difference with Clap Hanz Golf is the swing system. The signature three-click swing system isn't present here. Instead, you pull down on your screen and slide upwards to swing, sort of like in Golf Clash or the Tiger Woods games on consoles.

One major thing that's different about Clap Hanz Golf versus the other games in the series, is the gameplay formatting. In previous games, you were able to play rounds individually either playing solo against the golf course or by taking on unlockable bosses.

Here, you'll be playing as a team, matching up against bosses that way. You'll create a team by selecting three characters. From there, you'll be able to control all three of them throughout the round by selecting someone on your team who best gives you an advantage on certain holes.

It's an interesting concept that allows you to add an extra layer of strategy to your game. Does a hole have tough hazards? Then choose the player on your team that's suited best for such course conditions. Maybe there's bad weather; choose the golfer who's good in crappy weather. It's interesting and it gives you a fun little change of pace as well.

Aside from the main campaign where you build your golf team and dominate courses worldwide, there's an extra mode called "Survival" where you play several of Clap Hanz Golf's holes. This is truly a mode that's all about tackling the course, something that is always major in real golf.

You start off with some easy holes and work your way up. The goal is to try and beat the target score that is up there. Wait, there's more. You'll also need to utilize one of the characters that the game requires for that challenge, so you can't just pick whoever you want.

This is a good way to keep you on your toes a little bit. As we talked about earlier, some characters have strengths and weaknesses on the course. You just have to hope that either the hole is really easy to play, or that the character has certain skills to help them on that hole. Whatever the case, it's a fun, fast-paced mode that's good for challenging yourself and killing some time while satisfying the golf itch.

Last Pirates codes and how to redeem them - July 2021