The Tribe Battles are player-versus-player arenas, or guild-versus-guild as Netmarble puts it, in which you participate in league-type competitions for higher ranks, and various rewards are goven to those who prosper on the battlefield.

The first season of Tribe Battles begins this month. From 3rd February to 25th February Netmarble will host the Tribe Battle Boom-up Ticket Event, where players are encouraged to participate in the Tribe Battle. You can achieve and exchange event tickets with rewards including the Mecha Pet Core Component and a random 4 Star Pet Costume. 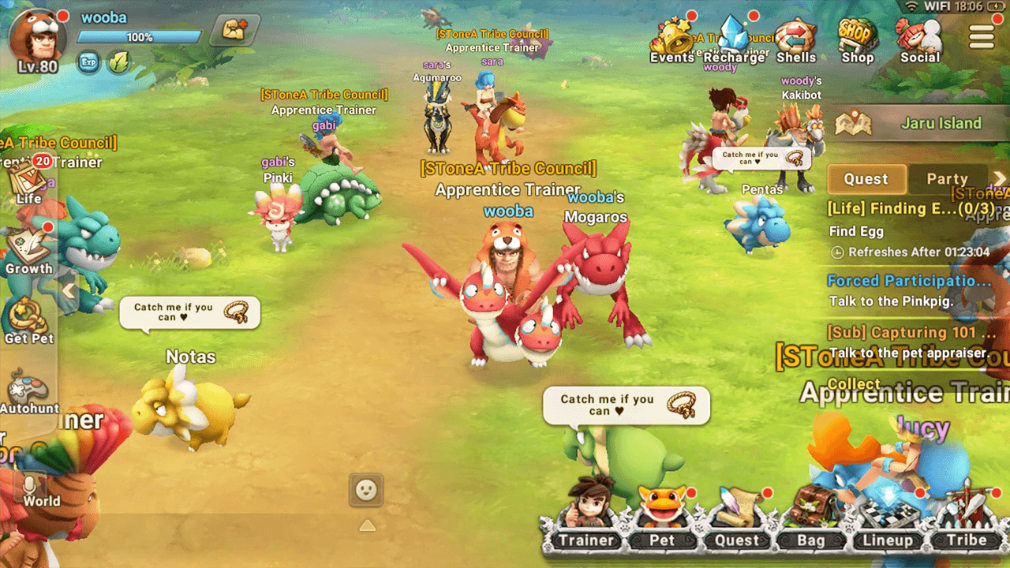 Speaking of pets, StoneAge World is also adding a new pet family. The 2-4 Star Duford Family pets includes Duford, Langford, Ashford, Benford, Ronford, Draford, and Moriford. They are available to collect now from the Suburb Cookie Village for anyone levelled up to 45 or above.

If you’ve never played it before, StoneAge World is a combination of pet collection and RPG mechanics, in which you explore a vast prehistoric world as a ‘Trainer’, a powerful warrior who collects, tames and trains pets to protect the land from enemies. Many of these pets are inspired by prehistoric creatures such as dinosaurs and woolly mammoths, but there are also some non-extinct animals such as pigs and wolves to collect too.

If that sounds like a mobile game that’s right for you, you can play StoneAge World by downloading it from the iOS App Store and Google Play for Android. It is a free to play title with in-app purchases.

If you enjoy role-playing games on your phone and want to discover more, you should check out our handy list where we've detailed some of the best to play on Android.

Wizard Legend: Fighting Master is now available for iOS following its release for Android in December