Pascal's Wager is a dark fantasy RPG experience that is made exclusively for mobile gaming. Featuring some great graphics and level design, it has been viewed as the "Mobile Dark Souls". This is due to its familiar combat style and challenging difficulty.

Our story puts us in the role of Terrance, a once proud "Knight of the Church" becoming a courier to atone for his sins. He sets out on a quest to find his long-lost wife, Teresa while also solving the mystery involving the "Colossus" throughout the journey.

You'll come across many different enemies and bosses while also encountering different NPC characters to connect with along the way. As mentioned, the combat will seem familiar if you've played Souls-likes in the past, and it's one of the most satisfying aspects of Pascal's Wager. Here are a few things you should know before diving into this unique RPG experience. 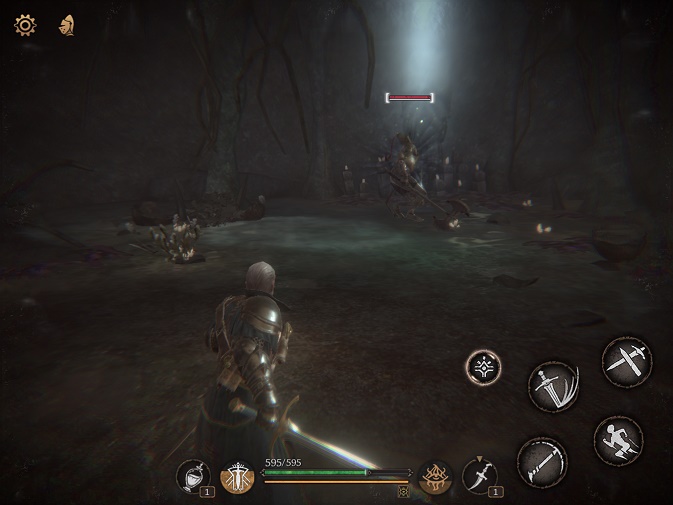 There are plenty of Souls-like games out there and some have mobile ports such as Lords of the Fallen which is more known on consoles. However, Pascal's Wager is purely made with the mobile gamer in mind it seems, as the gameplay fits the style.

When you play, the on-screen buttons are quite responsive. This, of course, is very critical for a game like this where you need to be able to attack, dodge, etc against different enemies; some of which might be tough to take down at times.

Now, you can say that most mobile games' touch screen controls are smooth, but you'd be surprised because on occasion you might see some that aren't as easy-going. You should also be able to use a mobile controller of some kind if you feel that'll be easier.

Not as Difficult as Other Souls-Likes

Probably the most famous and distinctive aspect of the Souls series is the game's difficulty level. In many games, you could adjust your difficulty, but there's no such thing in these games. Other games have followed suit, eliminating difficulty settings altogether.

However, in Pascal's Wager, you will have the ability to set your difficulty. When the game first released, you had to roll with one difficulty, like the Souls games. Since then, there is an easier difficulty that you can select which is nice for newer players.

This is a great way to get your feet wet and give yourself a more forgiving experience. It's always good to have that kind of flexibility to work with. So whether you're new or experienced with Souls-like, you might appreciate the options.

Pascal's Wager is one of those games where wearing headphones helps make the experience better. In Bloodborne-style fashion, creepy sounds can be heard around almost every corner. The sounds of enemies will echo through your headphones, really putting you in Terrance's shoes.

They did a great job of creating an atmosphere that is immersive with its audio. It can keep you on edge at times, even when the enemy nearby might be a weak one. Music and atmospheric audio can be critical to how great a game can be and Pascal's Wager definitely does a terrific job with this.