The developer has appealed the decision

The Procession to Cavalry is a Monty Python-inspired point and click adventure that developer Joe Richardson had hoped to release for iOS following its launch on Steam earlier this year. However, it has been rejected from appearing on the App Store for having realistic portrayals of violence.

Richardson had appealed the decision as of the 5th December but has provided no updates on the matter just yet. Alongside the tweet, which you can see below, Richardson included a GIF of several characters in the game being stabbed or having their head chopped off but the gore is amusingly censored with an apple.

The Procession to Calvary has been rejected from the App Store for containing 'realistic portrayals of violence'. I have appealed the decision, but my hopes aren't high :'( Fingers crossed, I guess... pic.twitter.com/5fDeb91MAr — Joe Richardson (@JoeMcRichardson) December 5, 2020

The PC version of the game holds a solid 78 rating on Metacritic from 20 reviews so it certainly seems like its worth playing if you enjoy silly comedy and point and click adventure games. Meanwhile, Richardson's previous game, Four Last Things, is available on the App Store and has a similar artistic style and sense of humour to its spiritual successor.

Games getting rejected from the store isn't entirely uncommon with YouTuber PewDiePie and developer Bulbware's Poopdie initially being refused last year for crude imagery. This was eventually overturned, however, and hopefully, that will be the case here too. 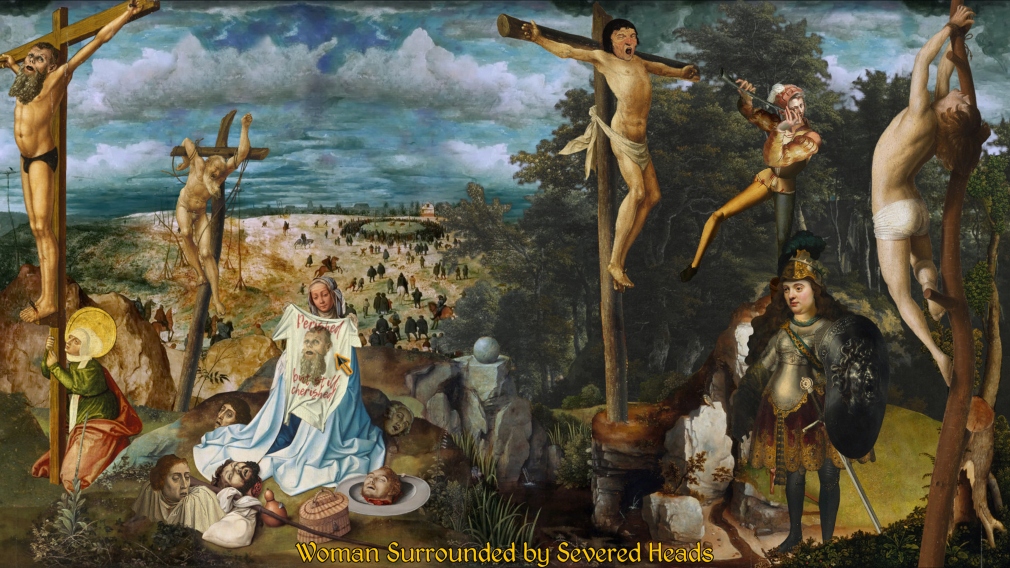 If you are interested in giving The Procession to Cavalry a try it's available now over on Steam for £7.99. Alternatively, Joe Richardson's previous title Four Last Things is available on the App Store for £3.99.

Looking for other point and click adventure games to play on your phone? Here are 25 of the best available for iPhone and iPad

Cyberpunk 2077 is available to play on mobile on Google Stadia