The system features the classic Super Mario Bros. game that we all fell in love with at some point in our lives, with the gameplay being practically identical to the NES original. You’ll jump over bottomless pits, stomp angry Goombas and enter Warp Pipes just as you remember. However, the system also has tighter controls thanks to the Game & Watch’s new control pad. 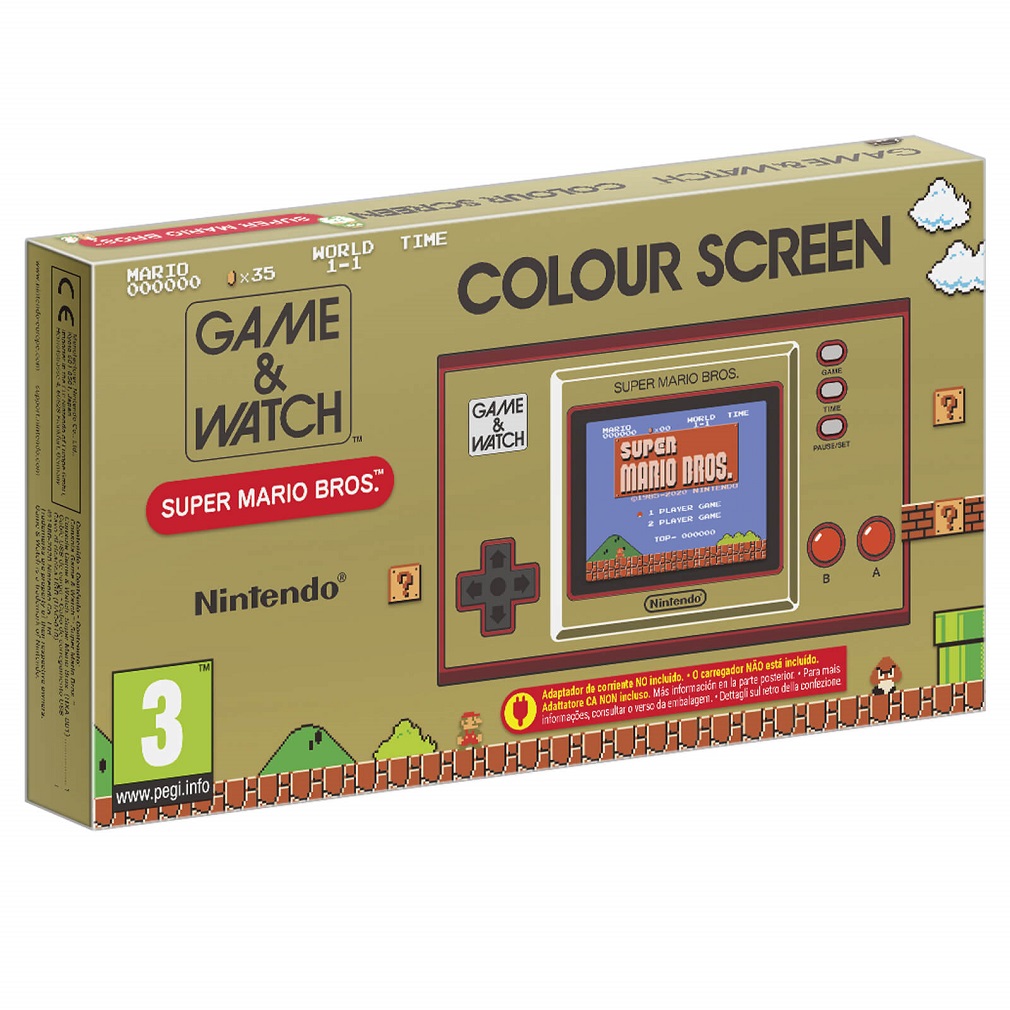 As the name implies, the system also comes with a digital clock function that includes 35 different animations as time passes, including some guest appearances from Mario’s friends and foes. In addition to that, the system also has Super Mario Bros.: The Lost Levels loaded onto it which features even more platforming goodness in the form of deleted content from the original Super Mario game.

The original Game & Watch was a series of chunky handheld consoles released by Nintendo between 1980 and 1991. It was the precursor to the more practical Game Boy handhelds that would be released later, with the Game & Watch being more limited in its functions. For example, it could only play one game due to the segmented LCD display being pre-printed with an overlay, and the responsiveness of the games were also limited by this technology.

While the Game & Watch systems were obviously made obsolete by later handhelds that replaced them, it’ll always remain an interesting piece of Nintendo history as its first foray into pocket gaming, and the Game & Watch: Super Mario Bros. seems like the perfect dedication to its 40-year old legacy.

If you’re interested in picking one up for yourself, the official Nintendo UK store has them listed for £44.99 while GAME has them in stock for £49.99.

If you like Mario then you must check out our list of the best platformers you can play on your iPhone.

Is Apple secretly working on a pair of Google Glass style AR glasses?