By Jupiter Hadley
| Nov 2, 2020
Android + iOS
|
Girabox
Get Girabox on...
Find out more about Girabox
Available on: iOS + Android

When it comes to puzzles, sometimes less is more. Girabox is a good example of this - being a minimalist puzzle game where you are able to move the world around instead of moving around the individual character. Swiping to change the way the frame is facing will then cause your character (or characters) to slide around with it, until it hits a wall.

And that basic mechanic is all you need for a simple puzzle game, but of course, Girabox does build on the game itself. Levels become more complex - featuring buttons, large blocks that also move when you move, one way systems and so much more. These new additions to the level are never properly explained - and they don’t have to be.

To me, that’s one of the things that makes Girabox a great puzzle game - you can just see what each new addition does, understand the challenges as they come up and appear in the game, which makes every level feel achievable and understandable at a simple glance. Buttons make sense, you can clearly see what blocks are blocking your path, and often in later levels, the world is divided up into smaller areas within a level, allowing you to focus and understand what you are seeing before moving onto the next area, once you have made it far enough forward.

If, at any point, you don’t want to do a level - you can exit that level, go back to the chapters list, and select a new level. The game is divided into these different chapters - called boxes - and completing an entire block of them will give you a rating based on how many moves it took you. You can always go back and play levels with larger numbers of moves (which can be seen under the level). 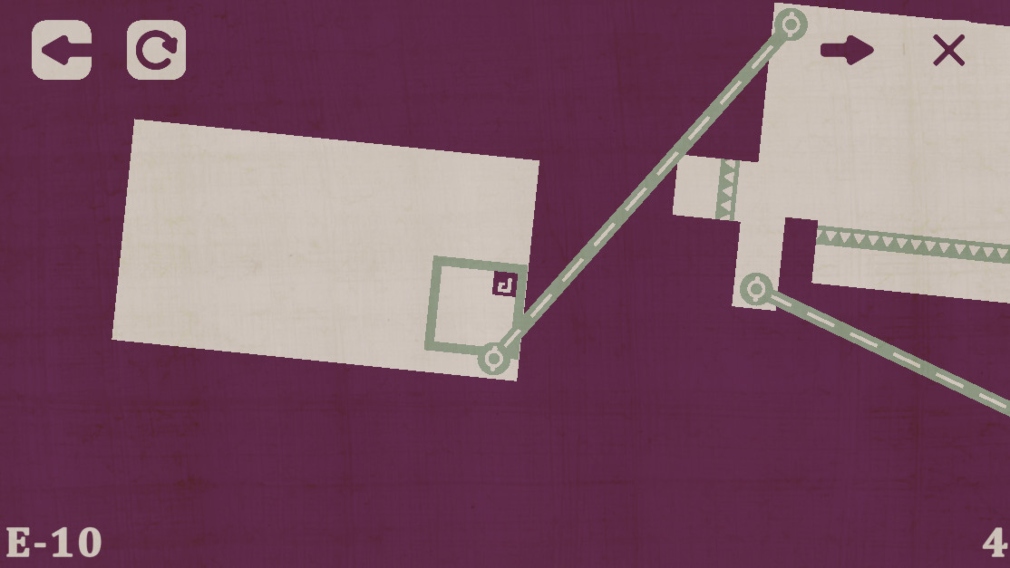 The first few boxes in Girabox have a beautiful yet simplistic texture to them, that moves when you move the world. This is a great effect and I was pretty sad it didn’t continue into the deeper levels - instead being replaced with a basic color. I really found Girabox to be a very relaxing game. As it’s a premium title, there aren't any advertisements to break you from your gameplay - no hint system either though, so you will need to trial and error if you get stuck.

Girabox is a simple, minamlistic puzzle game that feels intuitive and fun to play!
By Jupiter Hadley
| Nov 2, 2020 |
Android + iOS
Find out more about Girabox