Top the leaderboards by complete the best user-generated levels

OCO is a stylish rhythm-puzzle-platformer that initially launched for iOS and Android devices last year to a positive reception. Today we can reveal that a PRO update will be heading to the game in the near future that introduces a brand new game mode and other features.

The headline addition will be that new game mode which is called Olympus. It takes the very best of the 60,000 plus user-generated levels and sees players competing against one another within them to try and top the leaderboards.

This will see them competing in a series of weekly events in two disciplines, Speedrun and Endurance. The former will task players with completing six levels as fast as possible whereas with the latter they'll need to successfully complete nine levels in a row without dying.

The ultimate aim is to become the God of Olympus and only one player will be able to hold this title at a time. Whoever holds the name will be able to help curate the game. Players will be able to buy GOO status from one another but the cost will rise each time to give the new holder some security, though it will slowly decrease to give other people a chance to become GOO. 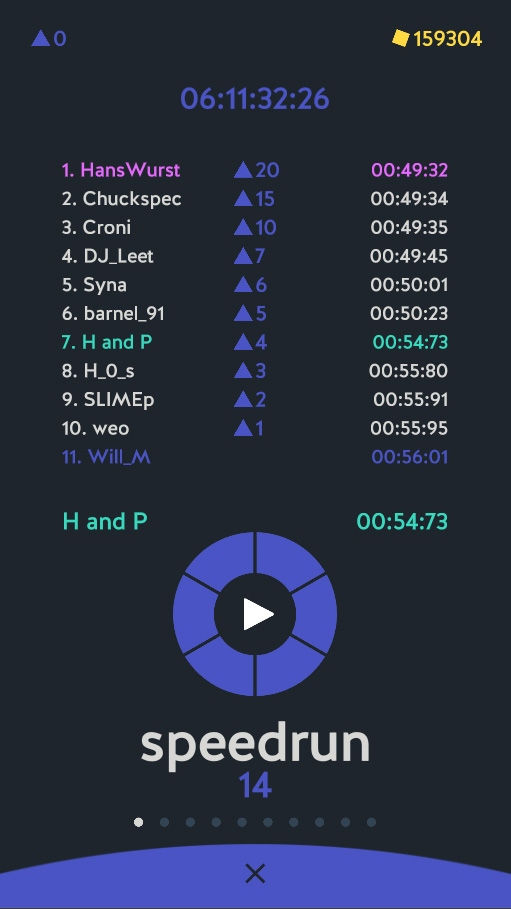 Elsewhere in the game, players will now be able to move their saves between iOS, Android, PC, or Mac with the addition of cross-platform support. There will also be an instant replay function, allowing players to watch levels back in slow motion or with 3D camera effects. Finally, players will find exclusive colour schemes, profile colours and win celebrations.

OCO is available now over on the App Store and Google Play. It's a free-to-play game with in-app purchases.

OCO video review - "A chill puzzle-platformer with a pulse"