There aren’t many anime games on Apple Arcade nowadays, so the introduction of World’s End Club should be a nice surprise for all anime fans out there. Although, you shouldn’t go in expecting an action-packed adventure like many other anime-style games available on the App Store.

Instead, World’s End Club focuses more on telling a story. And what a crazy story that is. When I went and play this game, I really didn't know what to expect, and even then I was surprised at first.

Without spoiling it so much, World’s End Club’s story can be described as confusing, but in a good way. At first, you don’t know what’s going on. You start at the end of the game but go back to the beginning. There’s a meteor, a Hunger Games-style game, and then, once you think you’re done, the world as you know it is gone.

And all that happens before the game’s introduction.

Despite all the craziness, the story is engaging. The desire to find out what the hell happened is the main reason you’ll want to keep playing.

That being said, you should expect a story for children. Much like other animes, you’ll be in many situations where things like “the power of friendship” can defeat anything. That doesn’t mean is bad, but it’s something we’ve all heard before.

Even the characters, who are very unique in their own way, in terms of personality and special abilities, are similar to others you might have already seen. For instance, you have the chubby kid who only thinks about food and the edgy kid who’s a lone wolf.

But once you leave the cliches behind, the characters start to grow on you. I might be reading too much between the lines, but accepting one another despite our differences is what makes a good friendship. And I think that’s what the team behind the game wanted to teach us.

There’s no doubt that this is an anime-styled game. From the voice actors to the characters and even the scenery. Everything will make you feel like you’re watching a subbed anime. 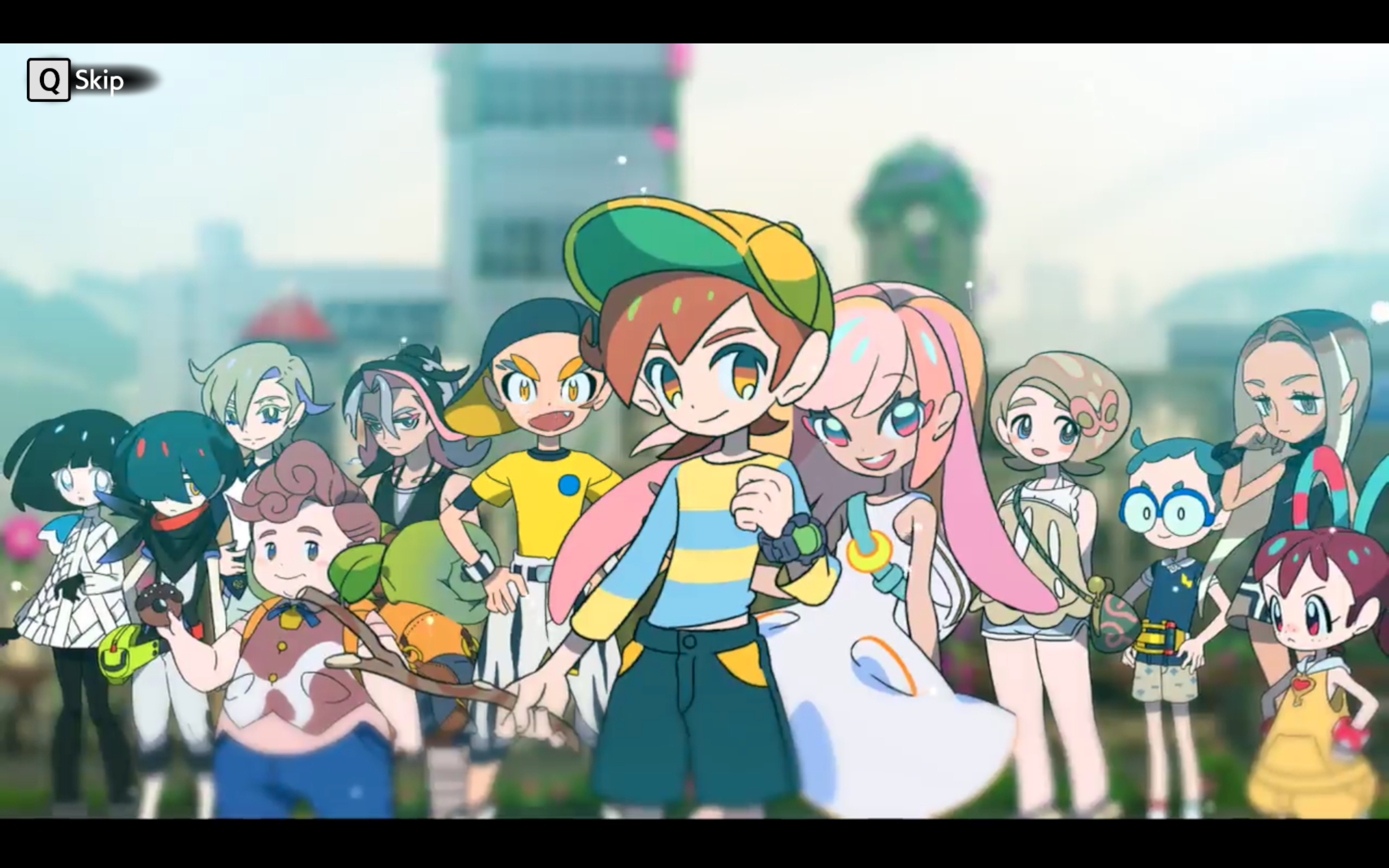 The 3D models of the game are quite good, but the 2D drawings and animations that appear in some cutscenes are where the game shines. It makes you feel you’re an interactive anime episode instead of an actual video game. Although, that’s not necessarily a good thing for everyone.

There’s a reason why I’ve only talked about the story and esthetics. The gameplay of World’s End Club is very little. Most of the time you’ll be in a cutscene or just talking to the other characters.

World’s End Club is a platformer game, with some light puzzles thrown in the mix. But, as I mentioned before, it's a children’s game, so don’t expect any crazy jumps puzzles.

Most of the levels you’ll play are pretty straightforward. You’ll mostly move from left to right, and you’ll jump over some hurdles. Most of the time you’ll have to use your character’s ability to make some progress, but it’s really obvious when you need to use it.

Don’t get me wrong, you will die, or game over from time to time, but it’ll mostly be because you didn’t know what to do at first on a quick-time event or because the controls are not as responsive as they should be. 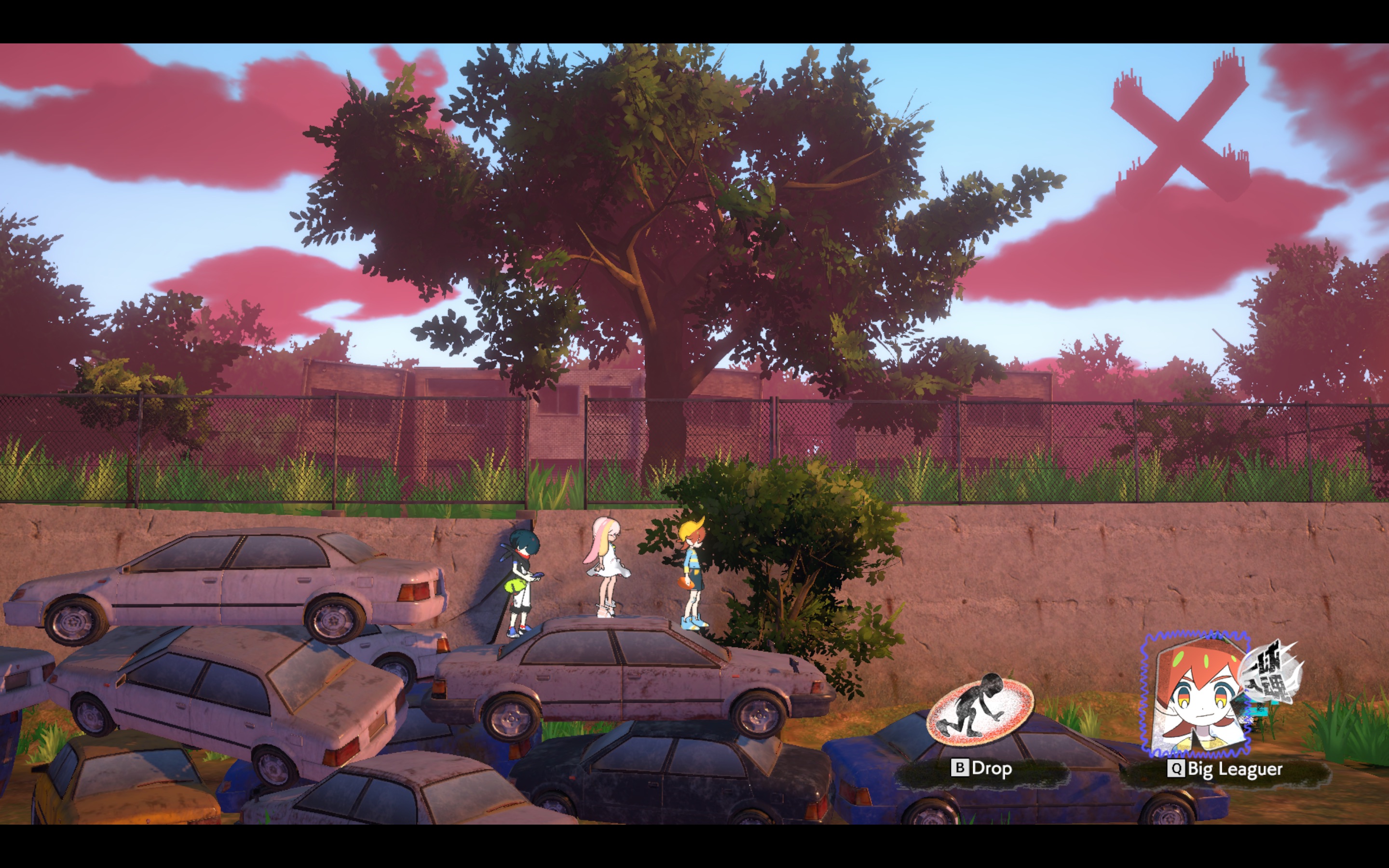 You’ll mostly play as Reycho, the newest member of the Go-Getter Club, and the unofficial leader of the team. But, you’ll also control the other members of the club throughout the game. Each member has a different special ability, like turning to steel or creating bombs, that’ll help you fight different enemies or clearing your path.

Personally, I don’t mind a story drive game, but World’s End Club takes it to another level. Most of my playtime, I found myself doing the same things: Playing for a little bit, watching a cutscene, making a choice that divides the group, and repeating the process. It got a bit stale over time, but I was so caught up in the story I didn’t mind. However, not everyone is the same with a game like this.

The bottom line is, World’s End Club is not a game for everyone. If you’re into long story-driven games, and you’re looking for an easy experience with a great story, you should try this game.

The characters, the interesting and compelling story, and the overall colorful universe will give you a great time playing World’s End Club.

On the other hand, if you’re looking for an action-packed game with multiple fights and challenging levels, this game might not be for you. Although, if you give it a chance, I’m sure you’ll have a good time.

The good news is there are many other games on Apple Arcade for you to check out. If you don’t know what to play, here’s our massive list of every Apple Arcade game available.

World's End Club brings an anime game to Apple Arcade, which is not seen very often. Its story is confusing, in a good way, and compelling enough to keep you playing until you find out what's going on, but this may be a turn off for gamers who are looking for more action.
By Sergio Velasquez
| Sep 22, 2020 |
Apple Arcade + iOS
Find out more about World's End Club