Narrative-driven puzzler The Almost Gone has just received a new update that introduces a map feature to improve your quest through its many stylish dioramas.

The game first launched back in June and quickly became one of the year's standout mobile puzzlers. Boasting a mysterious yarn, plenty of brainteasing puzzles, and a strange world to explore, The Almost Gone ticks a lot of neat boxes.

It was published by Playdigious, a company best known for its work on the excellent mobile ports of Cultist Simulator and Dead Cells. Recently, it's been putting out original indies such as Arrog and, of course, The Almost Gone itself. 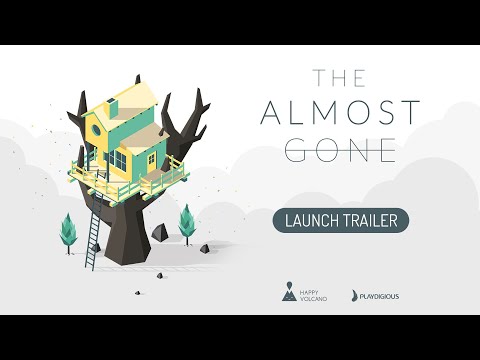 The game's new update makes a number of bug fixes on top of the more major additions. To elaborate on the new map feature, a mini-map icon has been added to the UI that also functions as a button to open the full map. In theory, this should make it easier to move around each level while eliminating your chances of getting completely lost. You can also now scale up the in-game UI, which is a much-appreciated new feature.

If you missed The Almost Gone at launch, it's a story-heavy puzzle game where you'll explore a series of detailed dioramas in order to unravel a compelling mystery. Starting off, you appear to be stuck in some sort of strange limbo. It's short and sweet, and it's sure to appeal to fans of the genre.

You'll find it available for purchase now as a premium game from the App Store, Google Play, and Nintendo eShop. It's currently priced at $6.99 on mobile.

In search of some top-tier mobile puzzle games? Well, here are 25 of the very best for iPhone & iPad