Bluff Plus is an interesting new release from mobile game giant Zynga that mixes casual card mechanics with a touch of island-building fun.

As you've likely gathered from its name, this one requires you to master the art of bluffing in order to deceive your online opponents and become the ultimate bluff master. It's a fun hook that should make for an enjoyably competitive experience.

Progressing through the campaign will net you new decorations with which to customise your personal islands. There are dozens of cosmetic items in total, and I'm sure we'll see more arrive after launch.

And you won't just be stuck on your own islands, as you can also raid other players' to earn loot and gradually scale the in-game leaderboards. 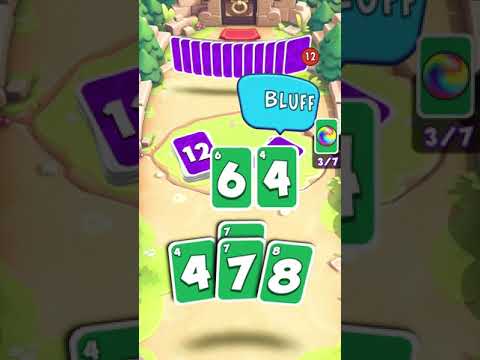 "We're very excited to launch Bluff Plus to a worldwide audience," said Bugra Koc, General Manager of Zynga Turkey. "We wanted to create the ultimate competitive family-friendly card game that has all-new rules, is easy to play with friends or players online, and of course creates a ton of fun. We believe we achieved it with this game."

Bernard Kim, President of Publishing at Zynga, added, "We're very proud of this unique new game from our casual card games studio. Bluff Plus is the first creation to be launched under Zynga Turkey since our acquisition back in 2017 and the title has already received incredibly positive feedback from players during testing. We have an exciting roadmap of new features and events planned within the title to surprise and entertain our players."

If you find yourself intrigued by its neat premise and fancy giving it a go, you'll find Bluff Plus available for download now as a free-to-play game from both Google Play and the App Store.

Searching for the very best mobile puzzlers around? Here are 25 of our favourites for iPhone & iPad