The first gameplay footage of Kabam's Marvel Realm of Champions has finally been released after months of small reveals. It appears to be a 3v3 MOBA of sorts with a heavy emphasis on customising your roster of heroes.

The trailer shows off some of the costumes you'll be able to assemble, as well as the customisation system itself. You can seemingly make some pretty neat-looking variations on classic Marvel characters, from Spider-Man to Storm.

A fair few of its in-game houses have now been revealed, including the Gamma Horde, Asgardian Republic, House of Iron, Patriot Garrison, Temple of Vishanti, Spider-Guild, and Pyramid X.

Each is under the control of a powerful baron, and they're not always who you might expect. In the mix is Queen Shuri, Stark Prime, Madame Web, President Peggy Carter, War Thor, Skaar, and Apocalypse. 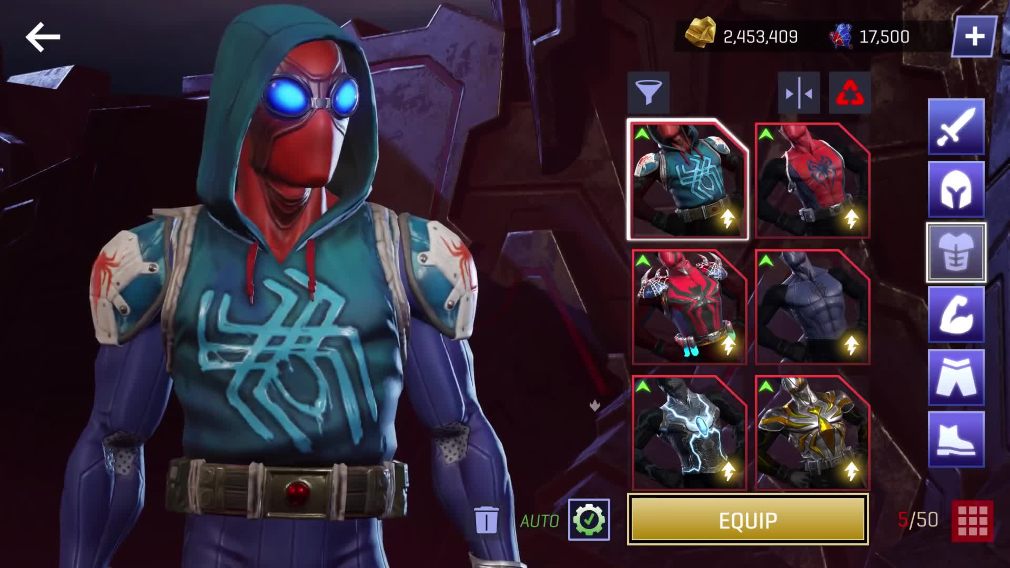 The trailer also gives us a good look at some of the game's maps and, of course, the combat itself. Interestingly, this one feels like a mix of several existing Marvel games, but despite that familiarly, I'm still looking forward to giving it a try.

Marvel Realm of Champions is currently slated to launch later this year for iOS and Android. You can register your interest now over on the game's official site, which also happens to be where you'll find additional info on the various houses.

On the hunt for the very best multiplayer games on mobile? Well, here are 25 of our favourites for iPhone & iPad