Every so often, someone will email me something so neat that it pulls my attention away from work so completely that I may as well call it a day then and there. Still, I can't stay mad at developer Roger Schembri, who earlier today sent over some pics of his wonderful LEGO recreation of the iconic vault from The Room.

Roger actually happens to be a graphic & motion designer at Fireproof Games, the acclaimed puzzle series' developer. His design is lovingly crafted and full of fun little details for fans to appreciate. From the flooring to the minifig's magnifying glass, the set feels both authentic to the games and fun in its own cutesy LEGO way.

If you like the look of it as much as I do, you can actually vote for the set right now over on LEGO Ideas. At the time of writing, it's sitting on around 350 supporters, though it'll require closer to 10,000 if LEGO is to consider bringing it to life.

So what can you do? Well, you can sign into your LEGO account, or make one if necessary, then give Roger's set a big ol' thumbs up. By which I mean hitting the blue support button. It's really quite hard to miss. 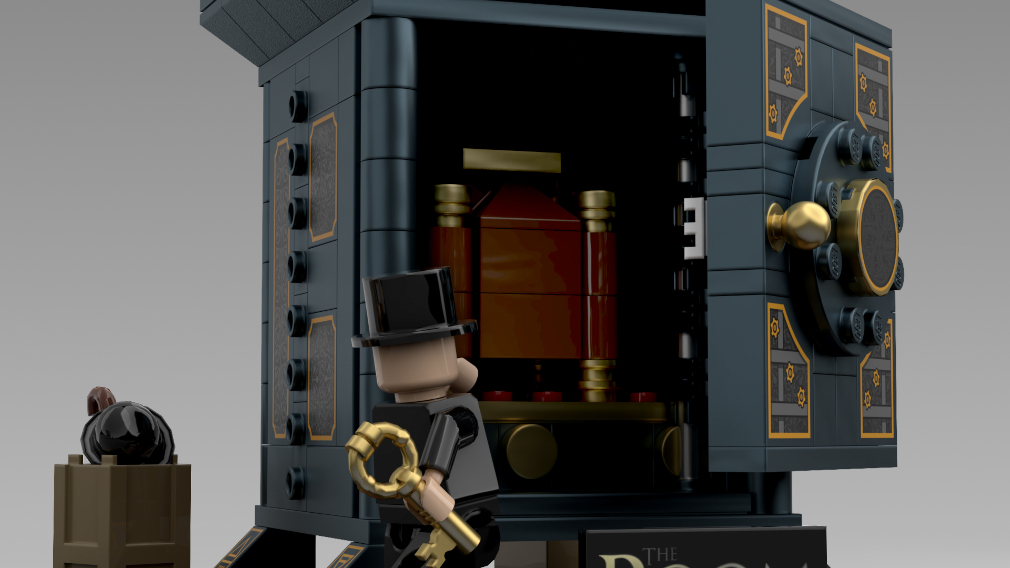 Historically, we've been big fans of the series. Most recently, PG alum Harry Slater reviewed The Room: Old Sins, the fourth entry, saying "it's still super slick, it still offers some of the best puzzling on the App Store, and it's still creepy as hell." Since then, the series has even expanded to VR with this year's The Room VR: A Dark Matter.

If you quite fancy starting from the beginning, you'll find The Room available for purchase from over on the App Store and Google Play.

In need of some high-quality puzzlers? Here are 25 of our favourites for iPhone & iPad
SEE COMMENTS