Aiming for an August 4th launch

We first covered the follow up to the excellent Glitch Dash back at the start of June. Today we have new gameplay footage to show from David Marquardt and publisher Rogue Games' upcoming runner Super Glitch Dash. It looks to be shaping up very nicely.

You can check out some of the first-person, reaction-based runner action in the embedded videos below then. Players will have to sidestep, duck and jump their way through a plethora of obstacles that will put their reflexes to the test. 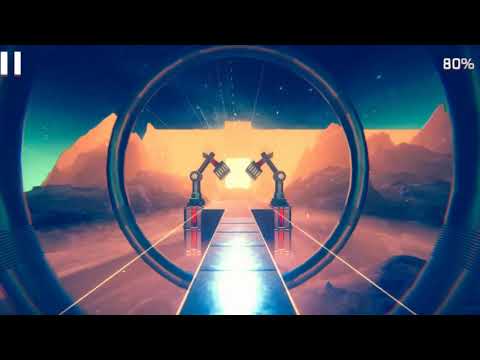 Beyond all that, players can expect to engage in a spot of wall-running and upside-down traversal when the world decides to flip upside down. There will also be a mix of speed bursts and slow-motion moments to keep everything interesting as you hurtle through the levels at high and occasionally low speeds.

The action will all be accompanied by an electronic soundtrack that pulsates appropriately with the on-screen action. It certainly looks the part too with stylish futuristic graphics and the developers are targetting 60 frames per second to ensure smooth and fast-flowing gameplay that's responsive to the player's control inputs.

There will be multiple game types to play to test your twitch muscles within, each with varying levels of difficulty. There will be nine levels to overcome in the campaign where you can expect to learn the various mechanics the game provides before diving into Endless Mode to see how far your reactions can take you. Then, for those who crave a brutal challenge that others would actively avoid there's the aptly named Nightmare Mode.

Super Glitch Dash is set to launch on the App Store and Google Play – including Google Play Pass – towards the on 4th August with pre-registers available on the latter right now.